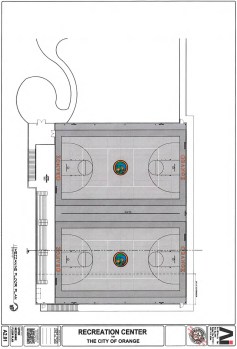 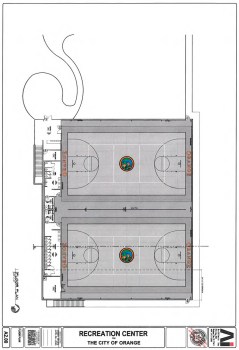 Courtesy graphics Image depicts the design for the interior of the new recreation center the City of Orange is working on.

While the DSRA Drag Boat Races and the July 4th concert and fireworks are being postponed until September due to concerns for the coronavirus, the city is planning a Labor Day Weekend for September 5 and 6 which will include these events.

“We will hold a Super Weekend on September 5 and 6 for a Labor Day event,” City of Orange Economic Development Corporation (EDC) Jay Trahan said.

The City of Orange encourages members of the community to find safe ways to celebrate the July 4th holiday while practicing social distancing protocols.

Clay Richards with Architects, Inc. (AI) gave a presentation on the progress of the design for the new Recreational Center.

“Placing two full size courts was really tight,” Richard said. “While staying within budget, if we make a 24 foot extension of the existing facility, it would be possible.”

He presented the council with plans for the first floor and the mezzanine floor.

On the first floor, the plans include showers behind lockable doors which could be utilized by first responders or those housing there during a disaster.

Seating to watch tournaments was also reflected on both floors.

Spears has been a proponent of the center since the council included it in budget talks.