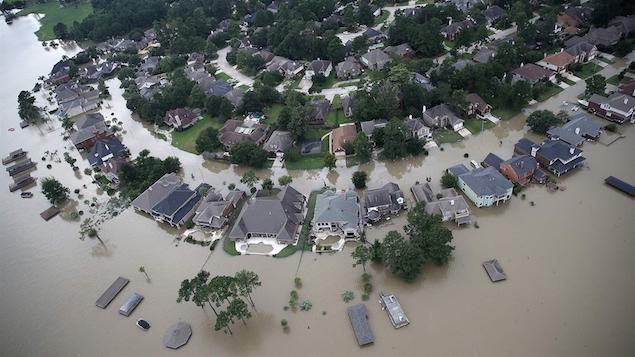 Photo courtesy of pewtrusts.org Texas is ranked first in the United States for variety and frequency of natural disasters, with 352 federally declared disasters since 1953, according to the Federal Emergency Management Agency.

HOUSTON – Texas is set to receive a significant chunk of money this year from the federal government to repair damage from Hurricane Harvey and multiple years of flooding, and a new report says much of it should be invested in natural and nature-based solutions.

Jessie Ritter is the director of water and coastal resources policy at the National Wildlife Federation, and an author of a new report that shows when weather and climate-driven hazard events occur, natural infrastructure has proven just as effective – and sometimes, more effective – than traditional infrastructure.

“When I say natural infrastructure, I mean natural features in the environment, like wetlands and healthy flood plains, restored beaches and sand dunes, oyster reefs and coral reefs,” says Ritter. “All of those things would fall into the bucket of natural systems.”

Texans along the Gulf are monitoring Tropical Storm Cristobal, which has the potential to cause destruction.

One natural infrastructure project that has proven effective is a 200 acre reclaimed urban wetland near Houston that was formerly an abandoned golf course. Frank Weary, chairman of Exploration Green, says the storm-water detention project there acted as a sponge during Hurricane Harvey, protecting residents and homes from potentially deadly flooding.

“So we’re hopeful that there will be some creative and strategic thinking on the ground about how we can take this enormous funding opportunity before the state and invest in these natural systems,” says Ritter.

Hurricane season began on June 1, making this the sixth year in a row Texas has seen a major storm approach prior to June 1.