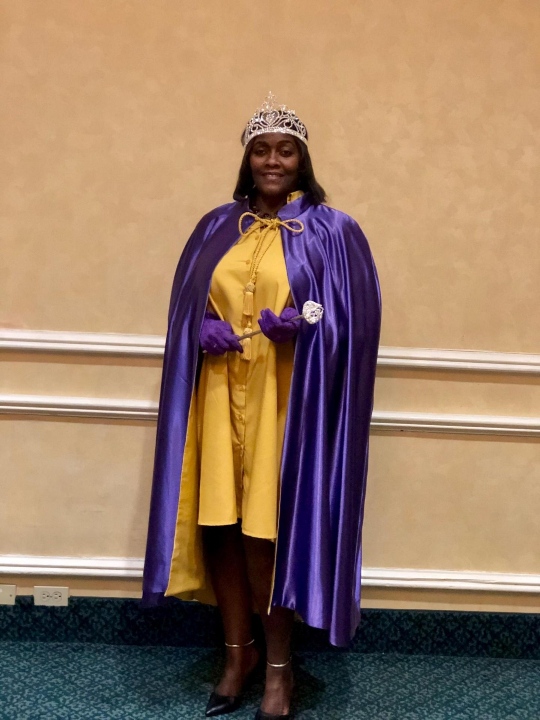 Courtesy photo Benitris Edwards is shown after she was named Margaret A. McDow Grand Queen in January. She was just named General Conference Grand Queen.

Benitris Edwards, of Orange, has always been active in giving back to the community and was looking forward to doing her part in competing for General Conference Grand Queen this year.

On January 30, she was crowned Margaret A. McDow Grand Queen for the State of Texas.

In the midst of funding raising, COVID-19 Crisis struck and put a halt on all activities involved with the organization.

Edwards resigned herself to not being named the General Conference Grand Queen when April and all 999 days of it came and went without word of who was named.

“We were supposed to go to Virginia on April 27 for the announcement,” Edwards.

So, when Edwards checked her phone on Thursday, she was in shock to see a message:

“Congratulations Benitris! You are the new General Conference Grand Queen. I am sending an email now. Texas keeps the title.”

“I am still stunned,” Edwards said. “I was not expecting it. It hasn’t hit me yet.”

The monies raised are used for charitable organizations such as cancer research, Support Against Domestic Violence and educational assistance for deserving youths throughout the United States.