A word from the OC Democratic Party Chairman: Why am I a Democrat? 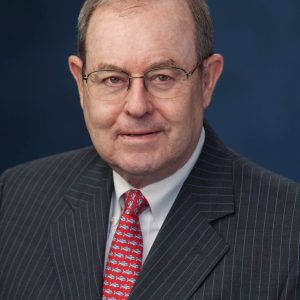 I am a Democrat because I believe in social justice. I believe in equality before the law for every person, regardless of race, religion, gender, sexual orientation or social status. The American ideal is ion the Declaration of Independence, which says, “We hold these truths to be self-evident, that all men are created equal, that they are endowed by their Creator with certain unalienable Rights, that among these are Life, Liberty and the Pursuit of Happiness”.  As a nation we have never achieved that lofty goal, but since our founding, we have moved slowly and unevenly toward it.

No political party is perfect, but the Democratic Party has done by far the most to bring about social justice to our country. Since the coming of Franklin Roosevelt’s New Deal in 1932, the Democratic Party has given us Wage and Hour laws, Child Labor laws, the G.I. Bill, the Federal Housing Act (FHA), the FDIC, Medicare, Medicaid, The Affordable Care Act, the 1964 Civil Rights Act, the Voting Rights Act, Head Start, the Peace Corp. the National Institutes of Health, the National Labor Relations Act, and many more. The Republican Party has opposed or tried to water down those progressive laws but there is no doubt that we have all been elevated because of them.

My life experience as a Baptist Christian, a lawyer and a historian has molded me into a strong believer in social justice. The Bible has over 2,000 passages in it emphasizing social justice, and Jesus’ earthly ministry was about justice for the poor and downtrodden. My profession as a trail lawyer has driven me to believe in the rule of the law, and to fight for justice for my clients. As a historian I have studied our slow and uneven progress toward equality for all Americans. In my long life I have personally witnessed the collapse of Jim Crow laws, Segregation and the success of the Civil Rights Movement but now I am seriously concerned about the present state of our country. For the past 40 years, our progress toward equality under the law has stalled, and now some people want to turn back the clock. America’s great middle class is shrinking, not growing. When the top 1% of our population possesses 40% of the nation’s wealth, the bottom 80% possesses only 7%, something is seriously wrong. The rich are getting richer, the poor are getting poorer. That has never worked in any nation, and it must be reversed. I’m not against people getting rich and I don’t support state socialism, but serious reform is needed, only the Democratic Party has proposals that can accomplish it. We need fairer tax laws and more social programs that promote legal equality and more opportunity for the underprivileged and less fortunate, and the dwindling middle class must be preserved. But we need more than changed laws. We need changed American hearts, minds, and attitudes about “the least of these” in our society. “Life, Liberty, and the Pursuit of Happiness” means universal medical care, a good education for all our children, accessibility to decent housing, a fair minimum wage, and an absence of discrimination because of race, gender, religion, or sexual orientation. “A rising tide lifts all boats” and the water is very shallow in today’s America.

We are at a critical point in our nation’s history. The 2020 election is the most important since 1860. What direction are we going to take? Are we going to move toward the Constitution’s goal of “forming a more perfect union”, or are we going to stay divided and unequal? History will be kind to leaders who, although imperfect, are dedicated to the principal “that all men are created equal”. The choice is clear. Either we continue down the disastrous road of division and inequality or we move toward the goal of equality and a “more perfect union.” I know that if America continually moves toward the ideal set forth in the Declaration of Independence, we will be prosperous and unified. America’s “original sin” of slavery, white supremacy, and racism must be expunged from our national culture. The Democratic Party is the only party moving in the right direction toward being “One nation, under God, indivisible, with liberty and justice for all.” Martin Luther King, Jr. quoting a pre-civil war preacher said, “The arc of moral history is long, but it bends towards justice”. I believe that and that is why I am a Democrat. I hope that someday soon I can say that is why I am an America, because when that comes, America will truly be great.