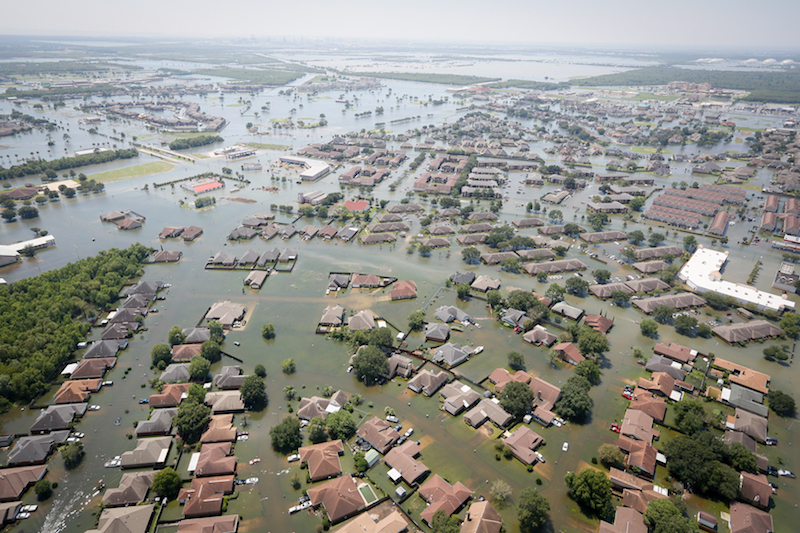 Photo courtesy of wikipedia Hurricane Harvey, a devastating Category 4 hurricane, made landfall on Texas and Louisiana in August 2017, causing catastrophic flooding and many deaths.

EL PASO, Texas — Monday marks the start of hurricane season, and even as storm trackers keep their eye on a possible development that could impact Southeast Texas, experts say it’s time to put more focus on flood mitigation projects and resilient infrastructure.

Forbes Tompkins, manager of Flood-Prepared Communities at The Pew Charitable Trusts, said communities need more financial resources and guidance from the federal government to make investments long-lasting, and they might want to take notes on some of Texas’s recent actions.

“By providing more resources for disaster mitigation at the state level, as well as starting to take a look at the problem at a watershed level – so not pitting a community against another community for resources or siloing a lot of these community plans,” Tompkins said.

In Texas, the peak hurricane threat exists from August through September, but they can and have struck the Texas coast during every month of the hurricane season.

Tompkins said the need for Texas to prioritize resilient infrastructure and mitigation is underscored by the multiple rounds of damaging storms that have hit the state in recent years.

“People tend to just remember Hurricane Harvey, which was one of the most damaging storms in U.S. history,” he said. “And even before Hurricane Harvey, in 2016 and in 2015, the state, from non-hurricane storms, experienced more than 500-year flooding events.”

“The goal that we have is, how do we build more resilient communities so small businesses aren’t having to face the difficult decisions of how to recover from disasters but are able to do business, provide jobs, pay taxes as part of the local economy,” Fugate said.

The National Oceanic and Atmospheric Administration predicts 2020 could be an above-normal Atlantic hurricane season, with 13-19 named systems possible. Of those, 6-10 could become hurricanes, according to NOAA’s May 21 forecast.