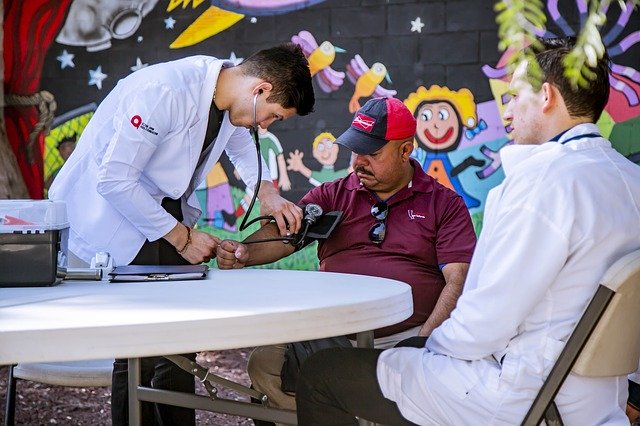 ernestoeslava/Pixabay Without Medicaid expansion and other statewide policy changes, the number of Texans without health insurance could increase to 5 million people next year, according to analysis by the Episcopal Health Foundation.

AUSTIN, Texas — A new analysis shows Texas can prevent a looming health care crisis if the state expands Medicaid and steps up efforts to enroll the newly jobless in health plans through the Affordable Care Act.

Since the pandemic hit, more than 1.2 million Texans have lost their health insurance due to job loss. Dr. Shao-Chee Sim, vice president of research and evaluation at the Episcopal Health Foundation, said those folks are currently eligible for coverage through the ACA or Texas Medicaid plans. But without state policy changes, they could lose their insurance next year.

“Before COVID, Texas already has the highest uninsured rate, and the most number of uninsured residents,” Sim said. “Our uninsured rate is double the national average.”

The Texas uninsured rate was 18% in January – compared with the national average of 9%. Texas is one of 14 states that has not expanded Medicaid eligibility.

The findings of Texas job losses and health-insurance eligibility were compiled by the Episcopal Health Foundation and Kaiser Family Foundation.

Sim said before COVID, 2.3 million Americans fell into the health-insurance coverage gap – one third of them in Texas. He added without a change in policy, by next year, many more residents will be unable to afford health insurance because they earn too much to qualify for Medicaid in Texas, or because they earn too little to qualify for subsidized health insurance offered through ACA plans.

Sims said that would put many more Texans in a vulnerable position.

“For people who are uninsured, they usually won’t rely on health care until and unless it’s the absolute last option or resort for them,” he said.

The U.S. Supreme Court is scheduled to hear arguments this year that could render the ACA invalid. Should the court side with the Trump administration’s effort to dismantle the health care law, those with pre-existing conditions could lose coverage, college students would be removed from their parents’ health insurance plans, and millions of Americans would pay significantly more for coverage.