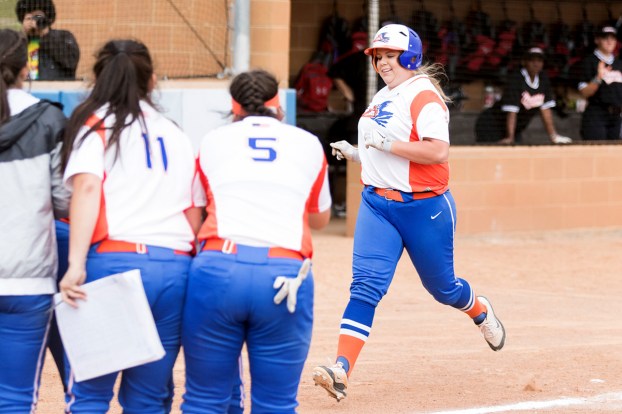 Ancelot taking her talents to Lamar

Former Orangefield softball standout Kaylee Ancelot will take her talents to Lamar University after a superb run at Angelina Junior College the past two seasons.

During the 2019 season as a freshman, Ancelot was a key cog in the Lady Roadrunners advancing to the NJCAA Division I Softball Tournament in Utah.

For her efforts, Ancelot was named to the NJCAA Region XIV All-Conference Team and also made the All-Tournament Team at the National Tournament after a big run there that saw Angelina JC finish as National Runnerup.

As a freshman, Ancelot hit a sizzling .443 overall to rank second on the team. Her 15 home runs and 65 runs batted in led the squad.

At the National Tournament Ancelot hit a lofty .571 in helping lead the Lady Roadrunners to the national title game.

The Lady Roadrunners finished with an amazing 44-13 overall record and went 22-6 in conference play.

Ancelot was on her way to yet another stellar campaign as a sophomore this year before the COVID-19 virus cut short the season for her and the Lady Roadrunners.

Ancelot, a four-time All-Orange Leader Team selection as a Lady Bobcats, will look to continue to hone her great skills with the Lady Cardinals and head coach Amy Hooks next season.

You can’t keep a “champ” from doing what he loves to do. 2019 Class 4A state golf champion Jack Burke... read more