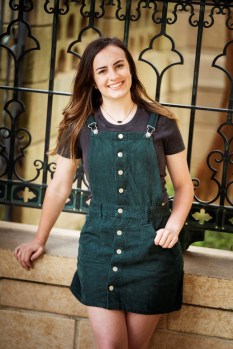 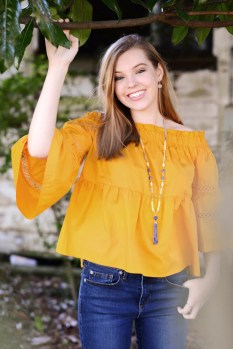 Little Cypress-Mauriceville High School recently announced the Valedictorian, Salutatorian for the 2020 graduating class. Elizabeth Johns, daughter of Rebecca and Bret Johns is LCM’s Valedictorian and Jenna McCorvy, daughter of Melissa and Brian McCorvy is Salutatorian. Elizabeth, Jenna and their classmates will graduate on June 20, 2020 at 8:20 p.m. in Battlin’ Bear Stadium.

Elizabeth has been involved in many school organizations during her four years at LCM. These include Key Club, National Honor Society, Quiz Bowl and Choir. During her tenure, she served as an officer in each. Her community involvement also included a number of activities, including the Orange Public Library Summer Program volunteer, Bear Buddies Mentor and a Texas Energy Museum Camp Leader Outreach Program volunteer.

Her academic honors include being a four-year finalist in the Stark Reading and Declamation Contest, taking First Place in Declamation at LCMHS, was named a Star Student her Sophomore, Junior and Senior years, named Outstanding Pop Choir Student her freshman, sophomore and junior years.

Ms. Johns was named the Kiwanis Outstanding High School Sophomore for the Texas-Oklahoma District of Kiwanis International (2018). She was a Hugh O’Brian Youth Leadership Conference Ambassador

(2 018) and attended the Christian Leadership Institute at Baylor University (2019).

Elizabeth will attend the Sally McDonnell Barksdale Honors College at the University of Mississippi, studying Communication Sciences and Disorders.

During Salutatorian Jenna McCorvy’s time at LCM, she served on the Student Council, was a member of the Honor Society, on the Grizzly Crew, the Tennis Team, was Freshman Class Vice-President, was a Honey Bear, Cheerleader and Key Club member.

She participated in the Stark Reading and Declamation Contest, held the highest average in most of her classes each year and has been on the All A Honor Roll. Other recognitions include placing Second in District Tennis play and being named a Star Student her Senior year.

Jenna will attend Texas A & M University in the fall where she plans to study kinesiology.