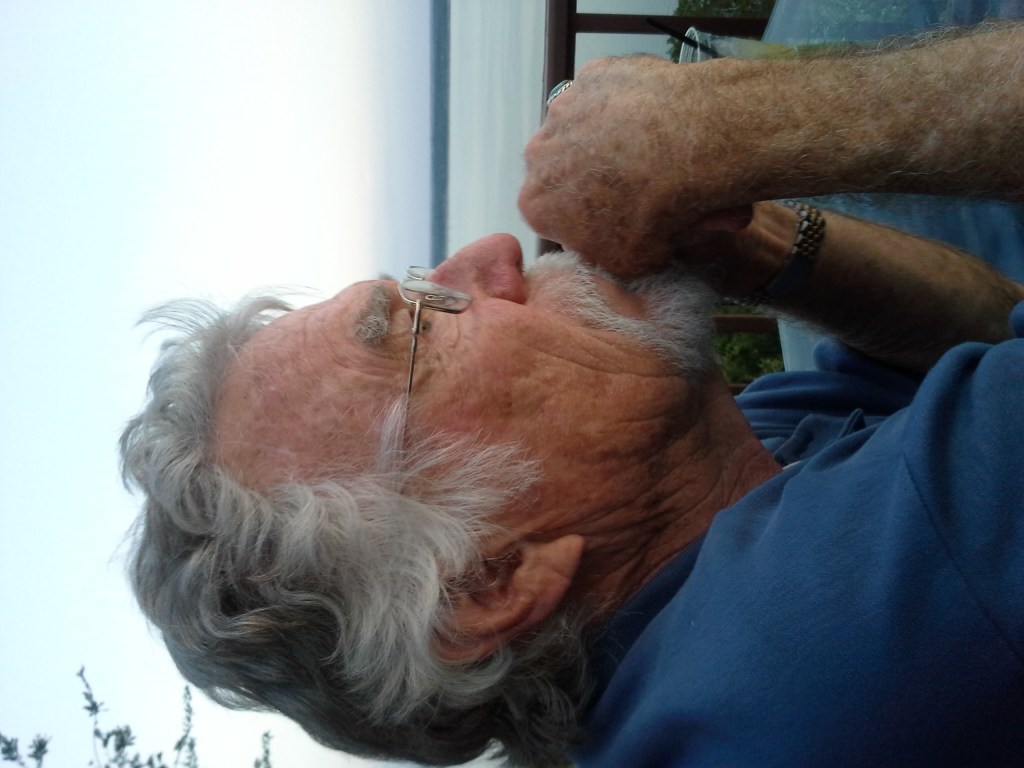 I’ve always been a sucker for the sappy, plot-easily-followed kind of “flick” that ends happily. Take Mr. Holland’s Opus–and others like it–where movie-goers had best take multiple hankies.

Richard Dreyfuss starred in this tear-jerker a full quarter-century ago. Opus is a great story to watch–or re-watch–while we’re marooned in our homes, sometimes with “virtually” nothing to do. The “main guy” is a beloved band director.

It underscores a theory I’ve had over a 40-year career in higher education. There’s no middle ground for band members’ views of their directors. They are loved or reviled, thanked or blamed, upheld or downtrodden. Most of them seem comfortable in extreme approaches to music, and most everything else.

In my judgment, Greg Berry, now nestled in the grandeur of Colorado mountains with Leta– his wife of 61 years–ranks number one on my list of unorthodox band directors. Leta richly deserves to spend life’s eventide in such resplendent repose, even if it is with an old guy whose eardrums have sustained the blasts of too many sour notes lofted in lousy band halls.

They both were my college classmates. Leta has been at his side during collegiate band posts at Howard Payne, Wayland and Samford Universities. (After Samford, he directed a renowned community band in Birmingham, where his daytime career switched to investments and the stock market for 17 years.)

They were beloved wherever they went, but their bubbling pot of grand memories began at Azle High School in the 1960s.. For his final AHS concert in 1968, he rented the Will Rogers Auditorium in Fort Worth. They slapped on bumper stickers and employed numerous other advertising methods to promote the event, which attracted 2,000 persons. “American Civil War Fantasy” and “Battle Hymn of the Republic” were featured, as was a student’s reading of the Gettysburg Address. The audience roared.

Unscripted after curtain calls was a presentation by band president Johnny Miller. Leta was called to Greg’s side. The AHS band’s gift—said to be “just between the band and the Berrys”–was an all-expenses-paid vacation to Nassau. Rest-of-the-story must be shared. Members paid for the gift NOT with cash, but with S&H Green Stamps, gathered throughout the community and dumped at the redemption center.

It didn’t stop there. The junior high band collected $150 for “spending money,” and beginner band families provided free babysitting for the couple’s four children. Greg had just gotten his pilot license, so they rented a rickety, fabric plane. Off they flew to Florida to board a big jet to Nassau.

Years later, during Greg’s Wayland tenure, I had just begun “presidenting” at Western Texas College in Snyder, a couple of hours’ drive from Plainview. When his band played at our Sunday night church service, I shrunk in a far-back pew, thinking Greg might not know of our WTC role.  It was to no avail. Soon, reality set in. “Our next number is a favorite of your new president,” he said. Truly, it was–and remains–a favorite. Somehow, though, “The Orange Blossom Special” seemed a bit daring for a church service 40 years ago.

Another memorable director was the late Carl McCord, who–in his 70s–started the Early High School marching band in 1954. He was the most patient director ever. I played baritone horn, sometimes hitting the right notes. And, unlike the “Music Man message,” we didn’t have 76 trombones. With 30 or so members, almost all beginners, we NEVER were asked to lead big parades.

It is small comfort that we who muddled in the “bottom half” of the band made the “top half” possible.