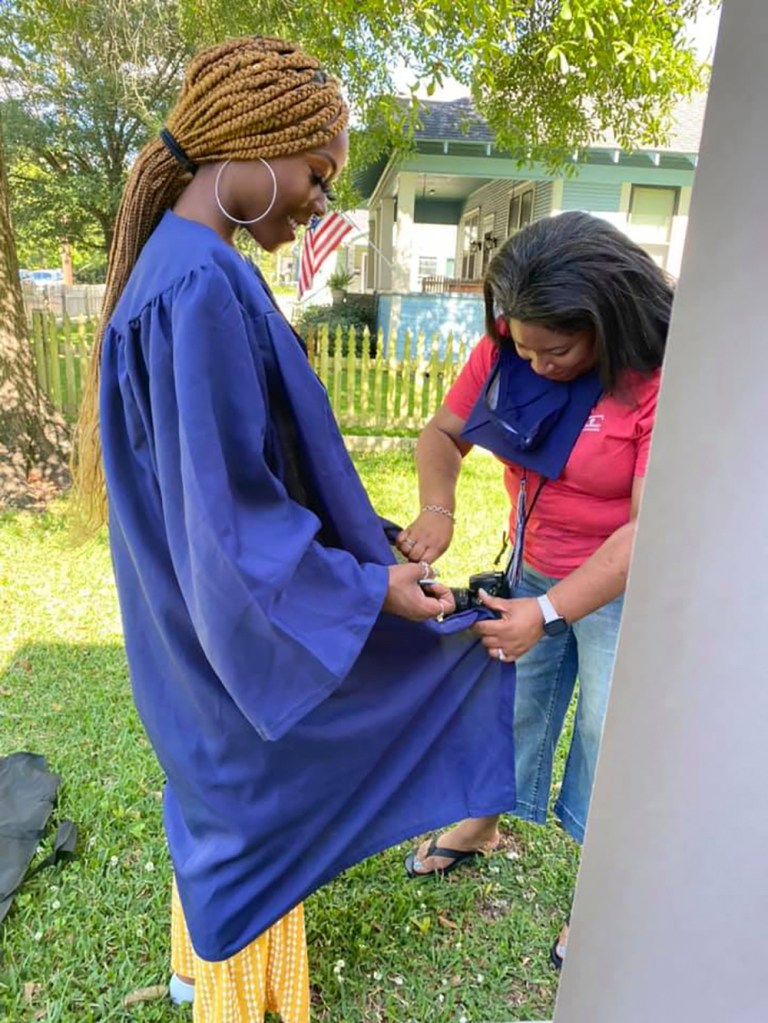 WEST ORANGE – A proud group is looking to make sure that the West Orange-Stark Class of 2020 will be represented throughout the town as they are making sure that the kids will have a cap and gown yard sign.

Olivia Revis, a mom to WO-S senior Gabby Tims and Bridge City senior Jackson Tims, has been organizing and working extremely hard to get the project done.

“We want to be able to provide signs for all of the kids at WO-S,” said Revis. “I was on the same project at Bridge City and it worked out tremendously. We didn’t need donations for Bridge City because Total Care Bridge City was amazing, but we’re still seeking some for our WO-S kids. We’re still working on our signs and we’re halfway done.”

The plan is to line up all of the Class of 2020 signs along 16th Street in Orange behind the light poles to avoid any traffic problems.

“We’ve talked to some business people along the street and they are so happy to be able to display the kids,” said Revis. “We’re also working on making sure that the kids not only have a sign on the street but a yard sign at their homes as well.”

The group has been working diligently to raise money for the project. The cost is $22 per sign but it drops to $16 for two signs, one for the street and the other for kids’ yards.

“When you think about it, that’s a pretty good deal at $16 and we could certainly use some more donations before the end of this week and we can take care of everyone,” said Revis.

The group was also busy this past weekend at Revis’ home in getting some senior pictures from kids that were unable to take theirs on senior portrait day.

“We had a fun day at my house this weekend with a photo shoot,” said Revis. “I think we got nine kids in for the session. Tricia Stroud did a wonderful job taking the photos.”

Stroud had a blast doing the photos.

“Olivia, who is doing such a great job with the project, called me, and I said ‘Heck yes’, I would love to do it,” said Stroud. “We made up a quick backdrop really quick and got it done. The kids were super sweet throughout it all. They were ready, having their makeup and hair already done.”

Stroud also had a busy Saturday. She was at Claiborne West Park taking pictures of seniors from all across the Southeast Texas area. The seniors there each have the opportunity to receive three free images from Stroud’s website.

“We had about 30 kids show up from like WO-S, LC-M, Vidor Orangefield and Deweyville and even some kids from Beaumont United and Beaumont West Brook,” said Stroud. “It went really well and it was awesome to see the smiles on those faces. Kids need memories and I still, to this day, wish I had more photos from my high school days. The year 2020 is certainly one to remember, especially for these kids. Anything I can do to brighten their day, I will do it.”

To send donations to the effort people can reach Revis through her cash app:$olivia revis or at Pay pal: http://www.paypal.me/oliviarevis.

409 Search and Rescue helping others