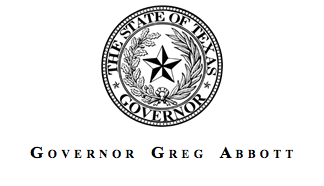 AUSTIN- Governor Greg Abbott announced that nominations for the 2020 Star of Texas Awards, which honor peace officers, firefighters, and emergency medical first responders who were seriously injured or killed in the line of duty, are now open. Nominations must be submitted to the Governor’s Office by June 15, 2020. Nominations can also be made for private citizens who were seriously injured or killed while aiding or attempting to aid a peace officer, firefighter, or emergency medical first responder in the performance of the their duties.

“Each year, the State of Texas proudly recognizes the peace officers, firefighters, and emergency medical first responders who were seriously injured or killed in the line of duty,” said Governor Abbott. “These brave men and women answered the call of duty to stand between danger and the people they serve, and we are forever grateful. The Star of Texas Awards allow us an opportunity to honor the service and sacrifice of the heroes who put their lives on the line to keep us safe.”

To be eligible for the 2020 award, the critical incident must have occurred between September 1, 2003 and June 15, 2020, and the first responder must not have previously received a Star of Texas Award.

The nomination form can be accessed through the Governor’s Office website at https://gov.texas.gov/organization/cjd/star-of-texas