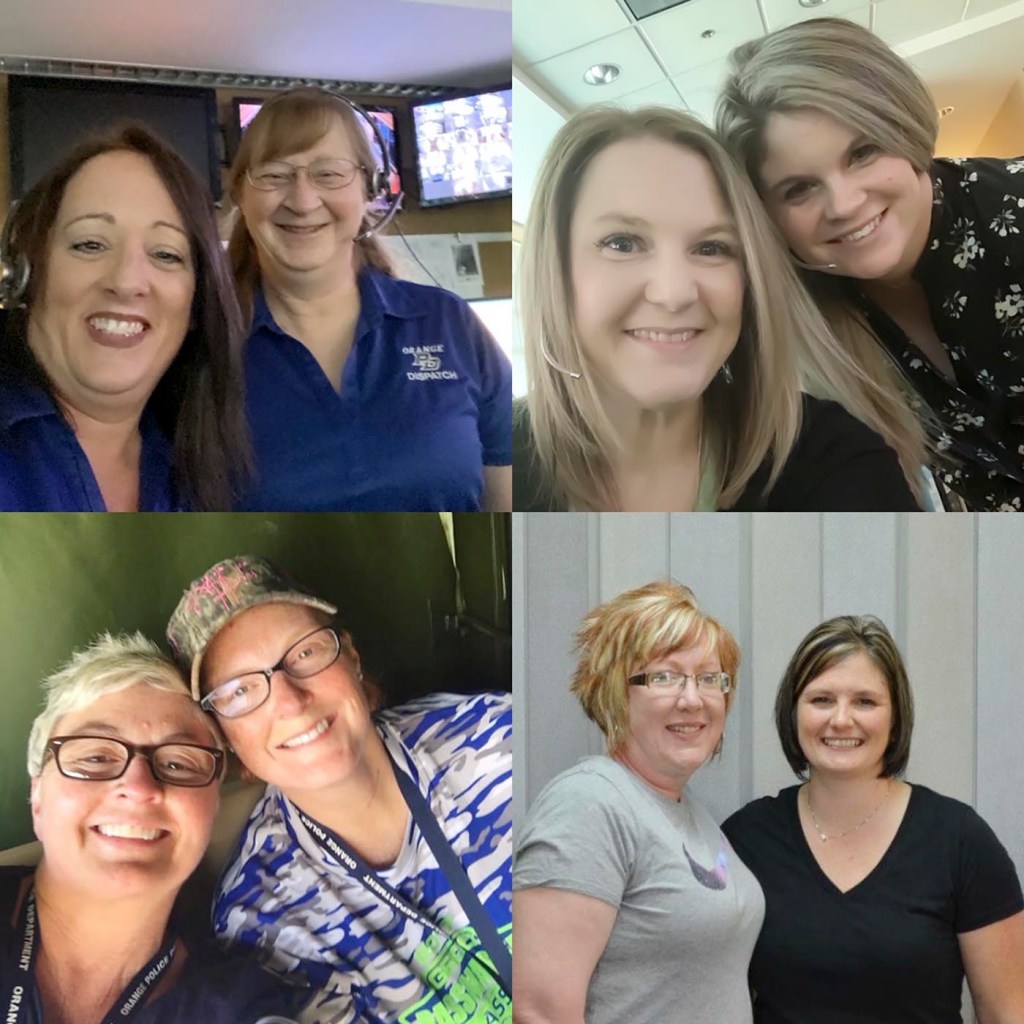 If you ask the women and men who answer nearly 250 million calls to 911 each year about their remarkable work, they’ll probably tell you they’re just doing their job. But the truth is they’re helping to save many lives every day. That’s why, for nearly 40 years, communities nationwide have made it a point to observe National Public Safety Telecommunicators Week during the second week of April.

This year people have taken to social media to show their appreciation, and telecommunicators have used it as an opportunity to show off their work.

City of Orange dispatchers Tami Estes, Heather Dyson, Devin Wilson, Michele Jeanise, Tina Browning, Rachel Dobson, Michelle Gentz and Desiree Scales has shown a lot of dedication and work and certainly deserve plenty of praise for what they do each and every week.

“We basically takes calls for everything and anything involving the City of Orange,” said Estes. “We’re the first stop for any emergency situation whether it’s a 911 call or to reach to police department, fire department or Acadian Ambulance Service.”

“There are eight of us and it is certainly a team effort,” said Estes. “There are two of us per shift and there are four different shifts.

“Anytime someone needs help – when they are scared, when they have an emergency, when they are at their most vulnerable – they can call 911 and a telecommunicator will answer. At any hour of the day or night, telecommunicators answer our calls. They will be professional, kind, compassionate, and they will send help when we need it. Telecommunicators represent the heart of the vital system that knits our communities and our nation together.”

“It can definitely be stressful at times,” said Estes. “But it can be rewarding as well because we each realize we could be saving someone’s life or lives. We’re the first communicators and it is important for us to stay calm and keep the person on the other end of the line calm as well.”

Estes said she knows to treat every call as important.

“We handle call from not only our emergency departments but all things City of Orange,” said Estes. “Sometimes people call just because they may be having a bad day. It makes you feel good when you feel you’ve made a difference to any person to help lift them up in any way possible.”

Over the years, the work of telecommunicators has changed in many ways. Dispatchers are constantly being trained on new technology and equipment that can be used to better serve the public. Later this year, another advancement is expected to launch. With more than 350,000 out-of-hospital cardiac arrests occurring in the United States each year, according to the American Heart Association, many times it’s 911 dispatchers who get the first calls for help. A dispatcher-assisted CPR initiative is being designed to help communities save more lives through the implementation of telecommunicator and high-performance CPR programs.

National Public Safety Telecommunicator Week was first conceived by Patricia Anderson of the Contra Costa County (Calif.) Sheriff’s Office in 1981 and was quickly adopted in Virginia and North Carolina. By the 1990s, the national association of Public-Safety Communications Officials (APCO) convinced Congress of the need for a formal proclamation.

In 1994, “National Public Safety Telecommunicator Week” was formally recognized and is celebrated each year during the second full week of April to coincide with National 9-1-1 Education Month.

Dispatchers don’t have flashing lights or anything like that but they are considered the “heartbeat” of public safety.

Over the course of the next few days, and really any day, if you see a telecommunicator or connect with them on social media, join everyone in telling them thanks. They are truly unsung heroes of our community.

“We definitely appreciate everyone that has thanked us for the service,” said Estes. “We’re in the process of having our office remodeled and that is going well. We’re seeing a lot of nice Facebook posts and shout-outs, which is wonderful. It’s the type of job that involves helping people and that’s something I have always wanted to do.”