Carrying the Cross of COVID-19 this Good Friday 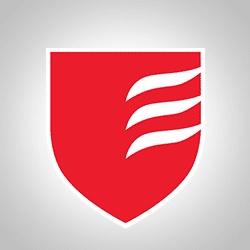 (Editor’s note: A version of this article first appeared at The American Spectator.)

One of my favorite annual rituals for Holy Week is the Via Crucis—the Way of the Cross. Held at the Roman Colosseum, where early Christians were fed to lions by pagan Romans, the pope presides over a recitation of 14 Stations of the Cross—14 wrenching moments that Jesus withstood on his way to his crucifixion. For instance, the first station denotes the moment Jesus was condemned to death, the second marks Jesus bearing his cross, the tenth recalls the Son of God being stripped of his garments, all the way to the final station, where Jesus is laid in the tomb. At each station, a meditation is read, as well as the reciting of the Pater Noster and Ave Maria.

Pope Benedict XVI called the Stations of the Cross “a school for interiority and consolation.” When you contemplate what Christ endured, your own sufferings don’t seem so bad. As for those who have suffered particularly awful things, you can take consolation knowing that not even God’s only begotten Son was exempt from humanity’s scourges.

During the Via Crucis ceremony, the pope himself can physically take up the cross, placing it on his back along the stations. Popes can play their own role carrying the cross. As Bishop of Rome, inheritor of the Chair of St. Peter, the pontiff can accept that sacrifice in persona Christi. Lately, with popes not physically up to that task, the pope sits in solemn silence while various Italian families take turns lifting the cross. For each station, three spokespersons standing outside the Colosseum read reflections and lead prayers. A large crowd listens observantly in the cool Roman night air with candles.

The beautiful moment is always captured on EWTN Television and other Catholic or Vatican news outlets. It’s a sublime scene. I record and watch it throughout the year. If you haven’t seen it, watch it. You certainly don’t need to be Catholic.

But for Holy Week 2020, the Via Crucis isn’t the same. That’s because Italy en masse is carrying an altogether different cross this year—a very heavy one. Italians are enduring the world’s highest fatality rate from the diabolical COVID-19. In fact, much of the Western world, including the United States, is carrying that cross this week. This has been a Lenten season unlike any other. I can’t imagine a Lent more sacrificial, of greater empathy for our fellow brothers and sisters. We find ourselves on our knees not to give up chocolate but giving intense prayer on behalf of innumerable victims suffering this pernicious virus—people gasping for breath from northern Italy to Paris to London to New York to Seattle.

If the pope does the Via Crucis this Good Friday, it’s virtually alone. It will not transpire in the open Roman night with the radiant people of Italy aglow with candles. (EWTN this year is broadcasting an April 2014 Via Crucis.)

In fact, Pope Francis has already gone it alone during a surreal moment during this pandemic. He did so during a stunning March 27, 2020 Urbi et Orbi message at St. Peter’s Square. Watch the touching ceremony, regardless of whether you’re Catholic or how you feel about this pope.

Francis arranged a very unique Urbi et Orbi (“City and World”) gathering—unique because those messages are typically reserved for Easter and Christmas. This, however, was a special occasion for Italy and the world because of COVID-19. Usually there’s a massive audience for these happy messages on a sunny day, with Easter flowers and smiles. This time, no audience. The leader of his Italian flock was alone, in the rain, as evening set in. A special crucifix was brought for the occasion, Francis gloomily standing under it, looking up at the Crucified One, rain falling down. As night fell, the bishop in white hobbled inside St. Peter’s Basilica, looking wounded.

The visuals were striking. Few understand ceremony and drama like the Italians and the Vatican. The homily, the Scripture readings, the chant—watch it, read it. If this doesn’t stir your soul, I don’t know what would.

Fortunately for Italy, its COVID-19 curve began flattening that very weekend, though the deaths continue to mount. Still, there was, alas, hope.

As for us in America, we’re not out of the darkness. We have to suffer through Good Friday before we get to the resurrection. No cross, no crown.

If you’re a praying person, particularly a Christian, there’s no holier week than this. Get on your knees this Good Friday and pray for mercy for a fallen, broken world, pick up the cross, and hope for resurrection soon.

Dr. Paul Kengor is professor of political science and chief academic fellow of the Institute for Faith and Freedom at Grove City College. His latest book (April 2017) is A Pope and a President: John Paul II, Ronald Reagan, and the Extraordinary Untold Story of the 20th Century. He is also the author of 11 Principles of a Reagan Conservative. His other books include The Communist: Frank Marshall Davis, The Untold Story of Barack Obama’s Mentor and Dupes: How America’s Adversaries Have Manipulated Progressives for a Century.