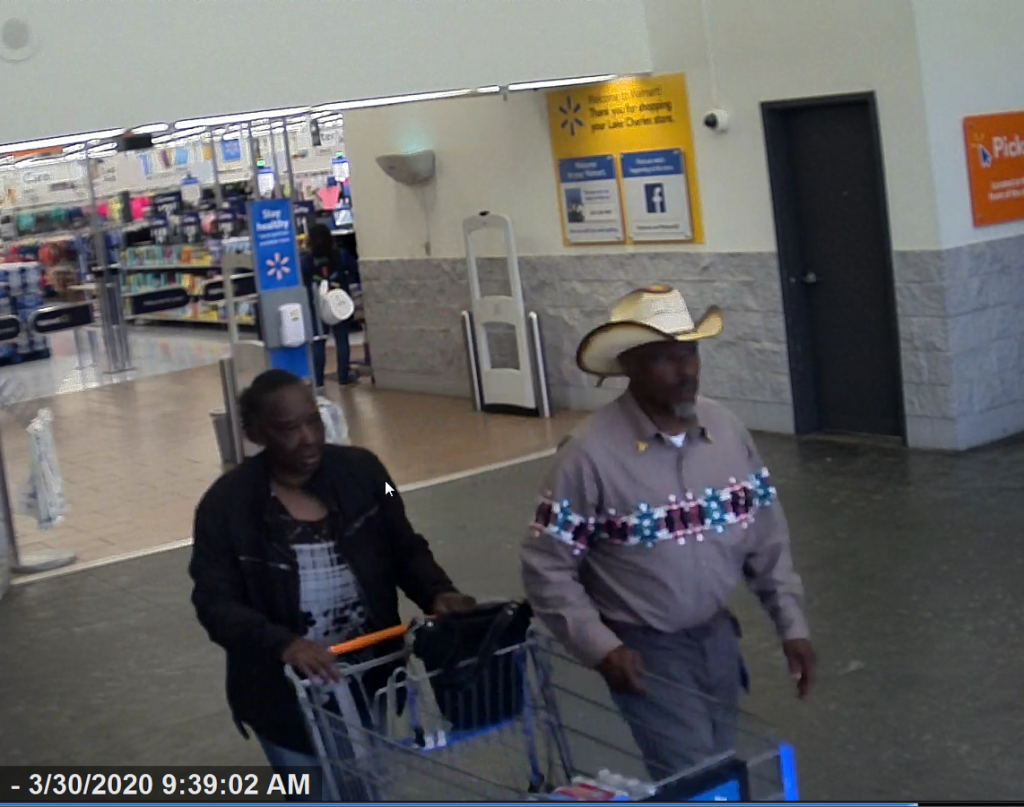 PRESS RELEASE — On March 30, 2020, the Lake Charles Police Department was contacted regarding a theft that occurred at a local grocery store. The victim advised that about 9:30 am he went to his bank, located inside the grocery store, to withdraw some money from his account.

He advised that some of the money he took out he was going to use to help others in need during these trying times. After retrieving the money, he saw an older couple at the checkout line and offered to help them pay for their purchase, which they declined.

The victim would later be seen on video exiting the store with the older couple he attempted to help walking behind him. The victim’s wallet fell from his rear pocket and the older couple picked up and concealed the dropped wallet, failing to return it back to the victim.

The Lake Charles Police Department is asking the public’s help in identifying the two suspects in this case.

Please contact Det. Sgt. Brenda Desormeaux at 337-491-1455 with any information that could assist in this investigation.