Orangefield ISD’s “Be The Light” lifts spirits up 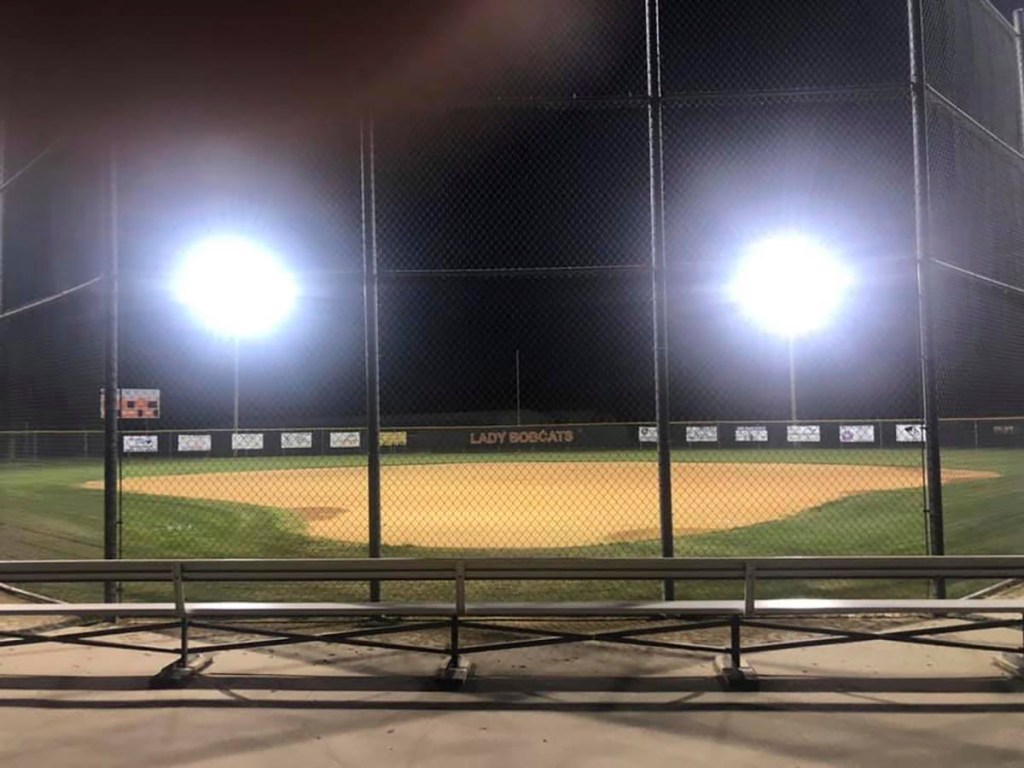 Courtesy Photo Rebekah Ragsdale The Orangefield Lady Bobcat Softball Stadium is lit up as part of the “Be The Light Challenge” that has caught on in several Texas schools for inspiration.

ORANGEFIELD – Let there be “Light” for some inspiration, especially if you are a Orangefield Bobcat.

Orangefield, along with several other schools across the state of Texas, is taking part in the “Be The Light” challenge.

The challenge was originally started by Dumas ISD in Dumas, Texas on Mar. 24 and other schools across the state have followed suit after their original post on Twitter using the hashtag #bethelight.

Smalley loves the positivity out of it and he sure is missing all of the Bobcats and staff he works with daily.

“It’s tough, really tough, but we will get through this,” said Smalley. “There was so many positive things going on with our spring sports. Softball and baseball was rolling. Our track and tennis teams were doing great and we had a great shot at making a run in golf. It’s just a tough pill to swallow, especially for our seniors, especially when you think of prom and graduation and how that may play out.”

The lightings of the stadiums can definitely lift spirits up and is just one more way for the Orangefield community to shine and let’s people know that the Bobcats will be back.

“We are going to turn on the lights each weekday, rotating through football, tennis, track, softball and baseball,” said Smalley. “It’s a great feeling to see those lights on and it’s a symbol of hope that our community and students are in our hearts, thoughts and prayers. Everyone just needs to stay safe and we can get through all of this together.”