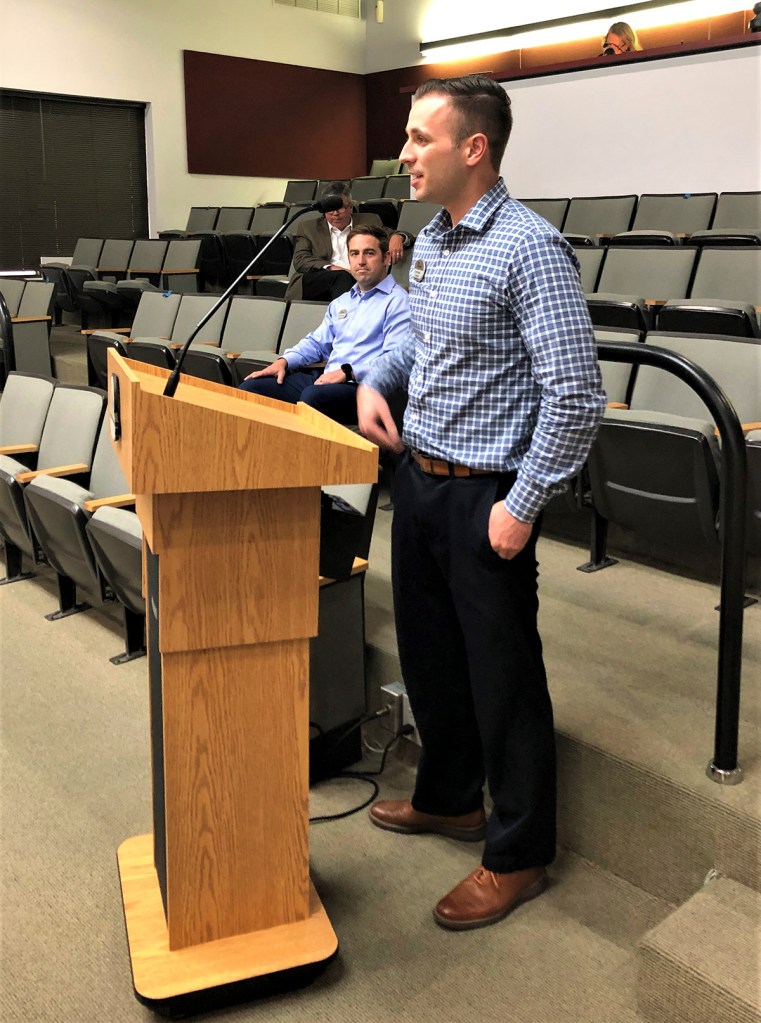 “Considering the challenges we face at this time with COVID-19, it is still a great day for the City of Orange and the market as I formally introduce and welcome Mr. Eric Sienko as the Owner/Operator of the new Chick-fil-A restaurant,” said Jay Trahan, Economic Development Director.

Mr. Sienko thanked the City of Orange for the amazing support and the assistance during the construction phase leading to the opening scheduled for Thursday, April 9. “At this time, the plan is for drive-thru only and mobile app ordering in an effort to observe measures associated with COVID-19. Protecting the public and Chick-fil-A team members is a top priority at this time. There will be 80 – 90 new jobs at the new Chick-fil-A and we are excited about being a part of the City of Orange and Orange County,” said Sienko.

More information will be released leading to the April 9 opening.