Lady Bobcats “stroll” past Buna in 22-3A opener 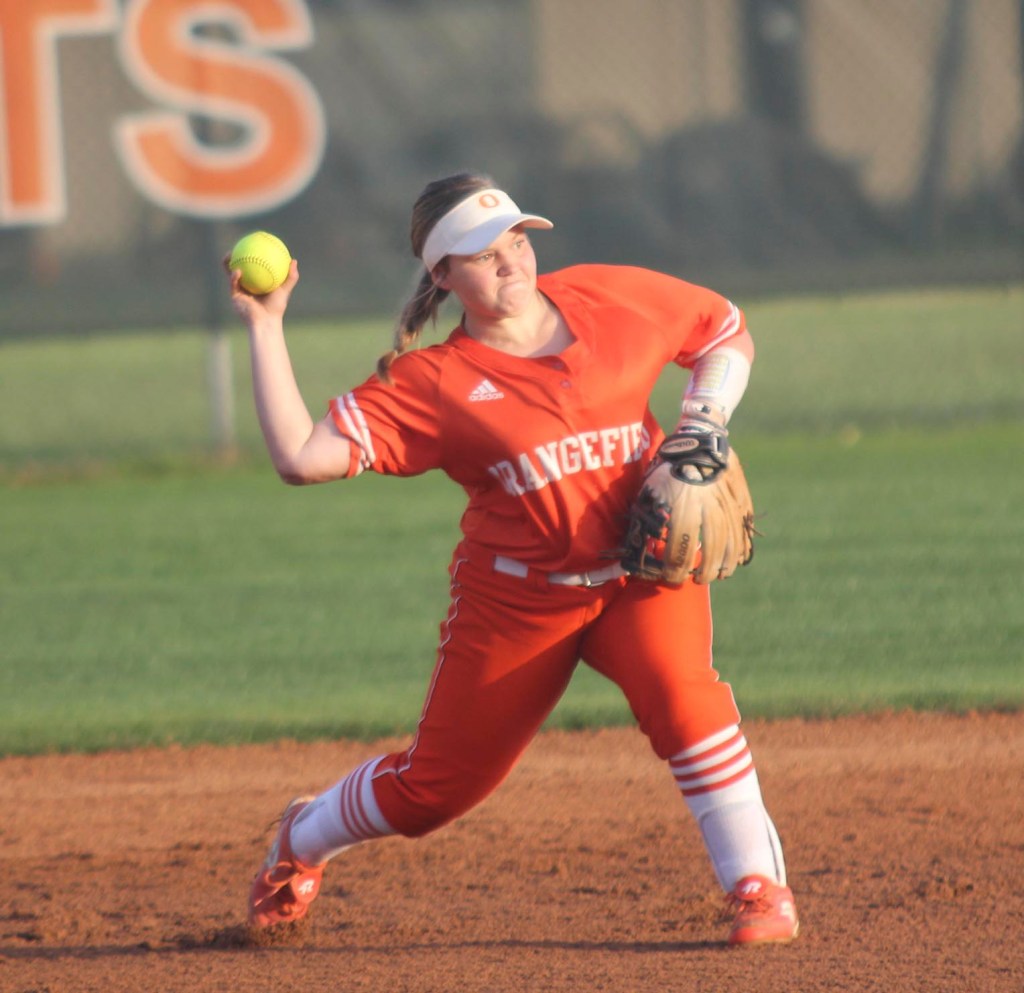 ORANGEFIELD – It was basically a “stroll” in the park for the Orangefield Lady Bobcats in their District 22-3A opener against the Buna Cougars at Lady Bobcat Field Tuesday.

The Lady Bobcats took advantage of 16 walks and numerous wild pitches to hammer the Lady Cougars 14-1 in 4 ½ innings.

The Lady Bobcats (18-2, 1-0) only needed five hits because it was hard to make contact against three Buna pitchers throughout the night.

Orangefield scored four runs on bases-loaded walks, four more on wild pitches and another on hit-by-pitch.

Tiffany Ciancaglione had the most productive night, going 2-for-3 with four runs batted in, including a three-run double in the bottom of the fourth.

Meanwhile, after a rocky first inning, Lady Bobcat ace Codie Sorge found her rhythm through the second inning on. She allowed just one hit, a single in the top of the fourth inning. She struck out 11 Lady Cougars in five innings of work and walked four, three of them coming in the first inning in which Buna got its only run.

The Lady Cougars scored their lone run in the top of the first when Ashlyn Williams drew a bases-loaded walk.

The Lady Bobcats snagged a run in the bottom of the first. Ryden Stanfield had a leadoff infield single and eventually scored off a Ciacaglione sacrifice fly to centerfield.

Orangefield struck for six runs in the bottom of the third.

Ciacaglione got the lone hit in the frame, a one-out single to left.

Dupuis, Joli Ponfick and Harleigh Rawls would each eventually score on wild pitches as the Lady Bobcats led 7-1 after three innings.

Orangefield closed it with seven runs in the bottom of the fourth.

Sorge had a leadoff single to left and Heather Mineer and Dupuis each drew walks to load the bases.

Courtesy runner Sadie Daigle scored on a wild pitch. Two batters later Stanfield was hit by a pitch to score Mineer. Olivia Grant followed with a RBI single to center to make it 10-1.

Emma Humplik scored another run with a bases-loaded walk and then Ciancaglione cleared the bases with a double off the centerfield wall to drive in the final three runs.

The Lady Bobcats will head to Anahuac Friday to face the Lady Panthers.