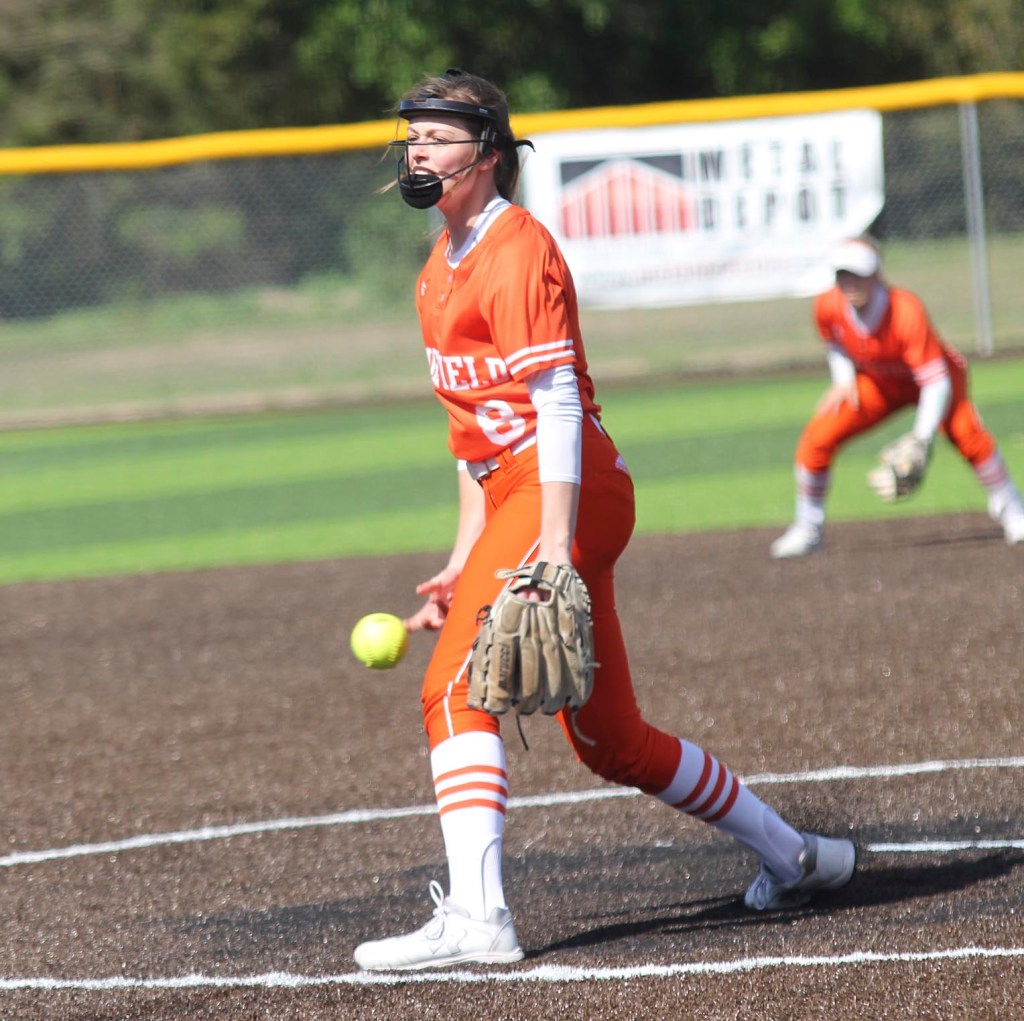 WEST ORANGE – In a nice battle of solid pitching and nice defense, the Orangefield Lady Bobcats held off the Lufkin Lady Panthers 4-2 at the West Orange-Stark Softball Tournament Friday.

Orangefield pitcher Codie Sorge and Lufkin pitcher Holly Cooper both pitched well but it was Sorge and the Lady Bobcats that would prevail.

The Lady Bobcats struck for a run in the bottom of the first.

Olivia Grant had a one-out walk and then Tiffany Ciancaglione roped a two-out double to right.

Orangefield tacked on two more runs in the bottom of the second.

Alyssa Dodd had a leadoff walk. With one out Hanna Dupuis had a single up the middle. A Harleigh Rawls infield single brought in Dodd and Ryden Stanfield slapped a sacrifice fly to left that plated Dupuis.

The Lady Bobcats made it 4-0 in the bottom of the fifth.

Rawls had a leadoff single up the middle and Stanfield would then reach on a fielder’s choice. Stanfield swiped second and scored when Emma Humplik cranked a RBI double to left.

The Lady Panthers scratched in a pair of runs in the top half of the sixth frame.

Lanie Currier reached on an infield hit and Aryshia Cottrell was hit by a Sorge pitch. Riley Mills then drew a walk to load the bases.

With one out, Kaitlynn Segura grounded out but the Lady Bobcats made a big error on a toss that went past first base as Currier and Cottrell both raced in to score.