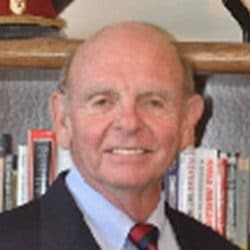 In October 2001, following al-Qaeda’s September 11 attack on the United States, a U.S.-led coalition entered Afghanistan to destroy the terrorist group and capture or kill its leader Osama bin Laden. That mission almost immediately expanded when, with an allied Afghan group, U.S. forces attacked the Taliban, an Islamic fundamentalist group that had been ruling Afghanistan since 1996. Fighting for 19 years since 2001 has cost the United States and NATO coalition forces nearly 3,500 lives, including the deaths of 2,450 Americans (1,850 in combat), with another 20,400 wounded. At least 32,000 Afghan civilians have perished. So far, with 13,500 American troops still in Afghanistan, the price tag has topped a trillion dollars.

An agreement to hold further negotiations was signed on Friday, February 28. On Sunday’s CBS News talk-show “Face the Nation,” Secretary of State Mike Pompeo stated, “No one is under any false illusion that this won’t be a difficult conversation.” Whether or not further talks take place depends on several conditions: Among them, the Taliban must refrain from attacking American and coalition forces. According to Mullah Baradar, the Afghan regime of President Ashraf Ghani must release 5,000 Taliban prisoners. President Ghani stated on Sunday that this is not going to happen. This may imperil further negotiations.

The major tenets of the agreement are that: 1) The current reduction in violence that went into effect on Friday at midnight Kabul time must continue until March 10 for peace negotiations in Oslo, Norway to commence. 2) The Taliban must abide by its promise not to allow terrorist groups to operate within the country. 3) A prisoner exchange, at least according to the Taliban, must take place. 4) U.S. and NATO forces are to monitor the truce.

There is a lot at stake. A peace agreement would mean international recognition of the Taliban as a legitimate political entity. In 2001, the Taliban regime in Kabul lacked such recognition, although it was supported by Islamist factions elsewhere in the region. A peace agreement also would mean that the United States can begin withdrawing 13,500 troops. Additionally, President Trump can claim he fulfilled a 2016 campaign promise to bring U.S. troops home as part of a larger decoupling of the United States from costly foreign entanglements.

If this fails, Democrats will attack President Trump for his naivete, as they have for his attempts to reach an agreement with Kim Jung Un of North Korea. If open hostilities erupt again, Trump will be accused of sacrificing the lives of American soldiers for partisan political gain. On the plus side, if everything works, American troops could be out of Afghanistan by this time next year.

Agreeing to talk is better than fighting, but this is nonetheless a political imbroglio, even from the American perspective. It is taking place during the most divisive election year since 1968. The current regime in Kabul hangs by a thread since President Ghani was elected by a thin margin currently contested by his opponent Abdullah Abdullah. Kabul must be wondering what President Trump’s prospects are for re-election. In January 1973, the recently re-inaugurated President Richard Nixon convinced South Vietnam’s President Nguyen Van Thieu to sign the Paris Accords by promising a massive return of force should North Vietnam violate its terms. When North Vietnamese forces invaded in early 1975, Nixon’s successor, President Gerald Ford, instead of responding with military force, declared that April at Tulane University: “It is a war that is finished as far as America is concerned.” President Ghani might be wise not to ignore history.

In 1968, Republican presidential candidate Richard Nixon promised to end involvement in Vietnam during his first term. At this time 52 years ago, President Lyndon Johnson was the presumptive Democratic Party candidate, although Senators Eugene McCarthy and Robert F. Kennedy had mounted challenges. McCarthy ran as a peace candidate without much specificity, while Kennedy promised to bring the troops home as soon as possible. Alabama Gov. George Wallace’s American Independent Party, with retired USAF Gen. Curtis Lemay as a running mate, promised to end the war decisively. In August, a surging anti-war youth movement wrecked the highly contested Democratic Convention, where the party establishment secured the nomination of Vice President Hubert Humphrey, viewed as a moderate who could unite traditional constituencies to defeat Richard Nixon.

A half-century ago, Democrats saw Nixon much as they see Trump today. What goes around, comes around.

And for this election, too, a long-running war remains an issue of serious concern.

Dr. Earl Tilford is a military historian and fellow for the Middle East & terrorism with the Institute for Faith and Freedom at Grove City College. He currently lives in Tuscaloosa, Alabama. A retired Air Force intelligence officer, Dr. Tilford earned his PhD in American and European military history at George Washington University. From 1993 to 2001, he served as Director of Research at the U.S. Army’s Strategic Studies Institute. In 2001, he left Government service for a professorship at Grove City College, where he taught courses in military history, national security, and international and domestic terrorism and counter-terrorism.