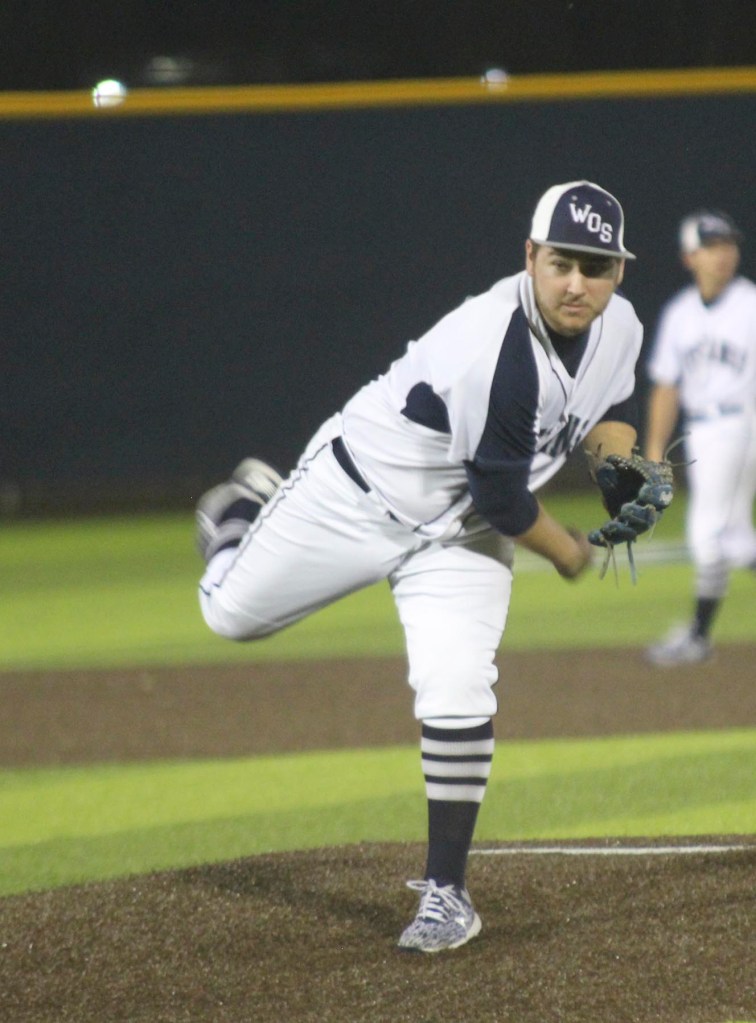 The Mustangs would EXPLODE in the bottom of the third inning to put this game out of reach and buried. This half inning would last an hour, see 16 batters, eight walks and 15 runs scored, and almost every player would come across the plate at least once during the inning for the Mustangs.

The Mustangs found the game’s first run in the bottom of the second inning. Jalen Thompson smashed one over the left field fence, a no-doubter, for a solo homerun to take the game’s first lead. That’s all the Mustangs would find, but they took the lead 1-0 heading into the third inning.

The Timberwolves grabbed their run in the top of third, thanks to a string of walks from the Mustangs. Jeremiah Ballcaye, Traylon Reese and Daveonte Harper all drew walks back to back, bringing up Javen Wheaton. Wheaton hit a dinker in the infield but the Mustangs made an error on the catch at first and a run came across the plate. The Timberwolves would leave the bases loaded, but tie the game at 1-1 heading to the bottom of the third inning.

The Mustangs take the lead right back in the bottom half of the third inning with a big inning offensively. Chavon Crawford reached on a leadoff single to bring up Jacob Dominguez. Dominguez fired one down the left field line for a double, scoring Crawford from first base on the hit. Will Robles would follow up with a liner over the infield to score Dominguez from second base for the inning’s second run.

The scoring would continue when Brennan Gamble would take a pitch to the arm with bases loaded to drive in Robles from third base. Justin Veitch, who reached on a walk, would score after a wild pitch let him take home. Another wild pitch briought home Thompson, who also reached on a walk, for the inning’s fifth run with no outs recorded.

The Mustangs’ parade of runs continued with another walk on a wild pitch to let Gamble score from third. A seventh walk was issued, this time to Dominguez, who drove in Iste from third base. Robles would hit a dinker to the shortstop, but after a bad throw, two runs scored to up the total to nine runs this inning. Veitch would find his first hit of the night for a double to right field on the next at bat, to score Robles and Dominguez from second and third base.

More runs came across the board as Gamble reached on an infield single and scored Veitch from third base for the inning’s tenth run for the Mustangs. During the next at bat, Thompson would take home on another wild pitch. Jerren Terrell would keep the long rally going with a smack up the middle to score Gamble from third base for the 14th run this half inning alone. Dominguez would hit for the third time during the inning, hitting a hard grounder that the Timberwolves make another error on, letting Iste score from third base. Finally the hour long half inning would come to an end, with 15 runs coming across for the Mustangs as they took a 16-1 lead heading to the fourth inning.

West Orange-Stark breoke in their new turf field with style, with a demanding win in their first home game of the season. The Mustangs will look to bring this kind of offense forward into the season.