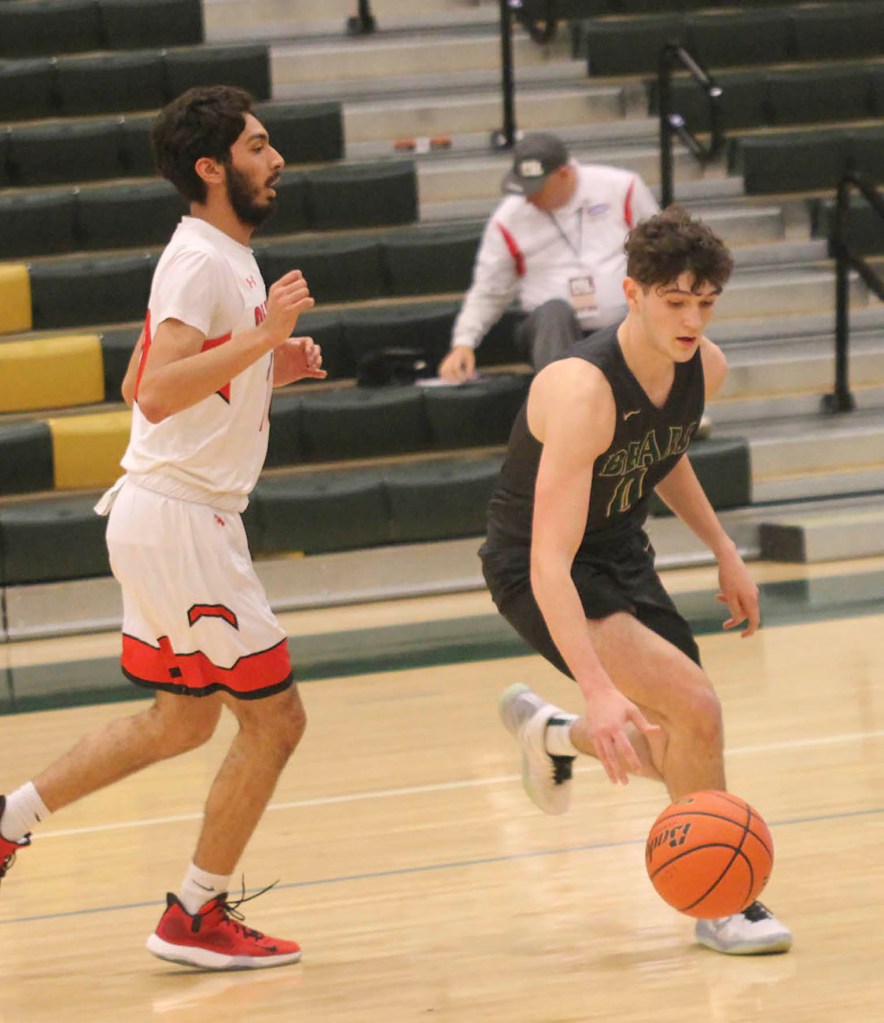 Van Wade/Orange Leader LC-M’s Jesse Doucette (right) is the MVP of the 2020 All-Leader Team after averaging 19 points and six rebounds a game.

The 2019-20 local boys basketball season recently wrapped up as there were so many tight and good games throughout the season.

Though our teams were very competitive in tight district races only one team punched their way into the postseason and that was the Orangefield Bobcats, who captured 20 wins for Coach Jake McDonald as they earned the fourth-place playoff berth out of District 22-3A.

Bridge City, Little Cypress-Mauriceville and West Orange-Stark were each competitive in what was a rugged District 22-4A as they were jockeying for playoff position but just fell short down the stretch.

So it is that time of the year to post the 2020 All-Orange Leader Boys Basketball Team.

Our Most Valuable Player is LC-M sharpshooter Jesse Doucette. Doucette filtered in 19 points a game, grabbed 6.1 rebounds and swiped 2.6 steals. He can knock down the long-range three-point bomb with the best of them or could take his talents to the basket with authority.

Our Offensive MVP goes to WO-S forward Labarius Spraggins. Spraggins mixed things up well inside against bigger players and filled it up. Spraggins pumped in 15 points a game to go along with 6.4 rebounds.

Our Defensive MVP is Orangefield guard Clayson Choate. Not known as a scorer, Choate was a stat sheet filler and constantly got into the “crawl” of opposing guards. He averaged five rebounds a game from his guard slot, plus nearly five assists and five steals a game.

McDonald is our Coach of the Year for the second straight season. Congrats to all!