Cardinals wrap up BC Tourney going 4-0-1 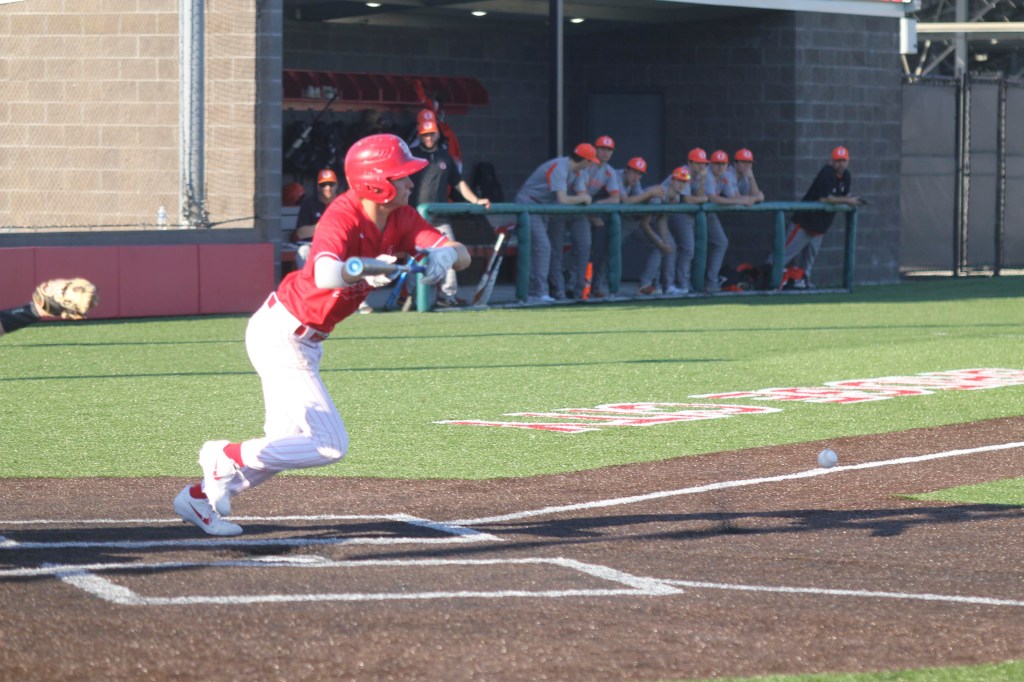 BRIDGE CITY – The Bridge City Cardinals and the Nederland Bulldogs tied at 4-4 in the final game of the Bridge City Tournament at Chuck Young field on Saturday afternoon.

The Bulldogs started hot but wouldn’t find anymore offense after their first inning burst. On the other hand the Cardinals found runs here and there and were able to comeback late to grab a tie in thrilling fashion after five innings of play.

The Bulldogs started off the game with offense in the top of the first. Cunningham reaches on a leadoff walk and moved to third after Butler hit a hard double down the left field line. Cunningham tooks home after a wild pitch from the Cardinals, for the game’s first run. Holton would drive in Butler with a hard shot off the fence to left field.

The offense continued in the first inning. After getting the bases loaded thanks to a single from Grant and a walk, another walk drives in Holton from third base for another run. A single from Wille kept the rally going for the fourth run of the inning, flipping over the lineup to the top. That’s all the Bulldogs would find, starting the game with a 4-0 lead over the Cardinals.

The Cardinals (5-0-1) found a run in the bottom of the first. Slade Foreman reached base on a walk, he would steal second base and third base without throws, and run home after a wild pitch from the Bulldogs. That’s all the Cardinals would find as the Bulldogs led 4-1 after the first inning was over.

The Cardinals’ offense got going again in the bottom of the fourth to trim the lead some more. Sam Carpenter, Cameron Yadon and Jaxon Bernard all drew walks to load the bases. Jackson Tims would find a hole in the right field side and score two. That’s all the Cardinals got but it was a one run game after four, 4-3 Bulldogs.

Bridge City made the comeback a reality thanks to some clutch hitting in the bottom of the fifth. Foreman reached on a single to lead off the inning and stole second to put himself in scoring position. Carpenter ripped one past the infield and Foreman beat the throw home to tie the game at 4-4.

The time limit would be hit after that inning and the game would end in a draw at 4-4.

The Cardinals shut out Nederland 3-0 in the late game Friday.

Payton Havard got the win, tossing five innings while striking out six and he also had a RBI.

The Cardinals hammered Vidor 14-2 in 3 ½ innings in their first game Saturday. The Cardinals piled up 10 hits and the Pirates made five errors.

Havard and Tanner Wilson each had two hits. Havard drove in six runs while Logan Hamm had two RBI.