Cardinals nip Bobcats at BC tourney 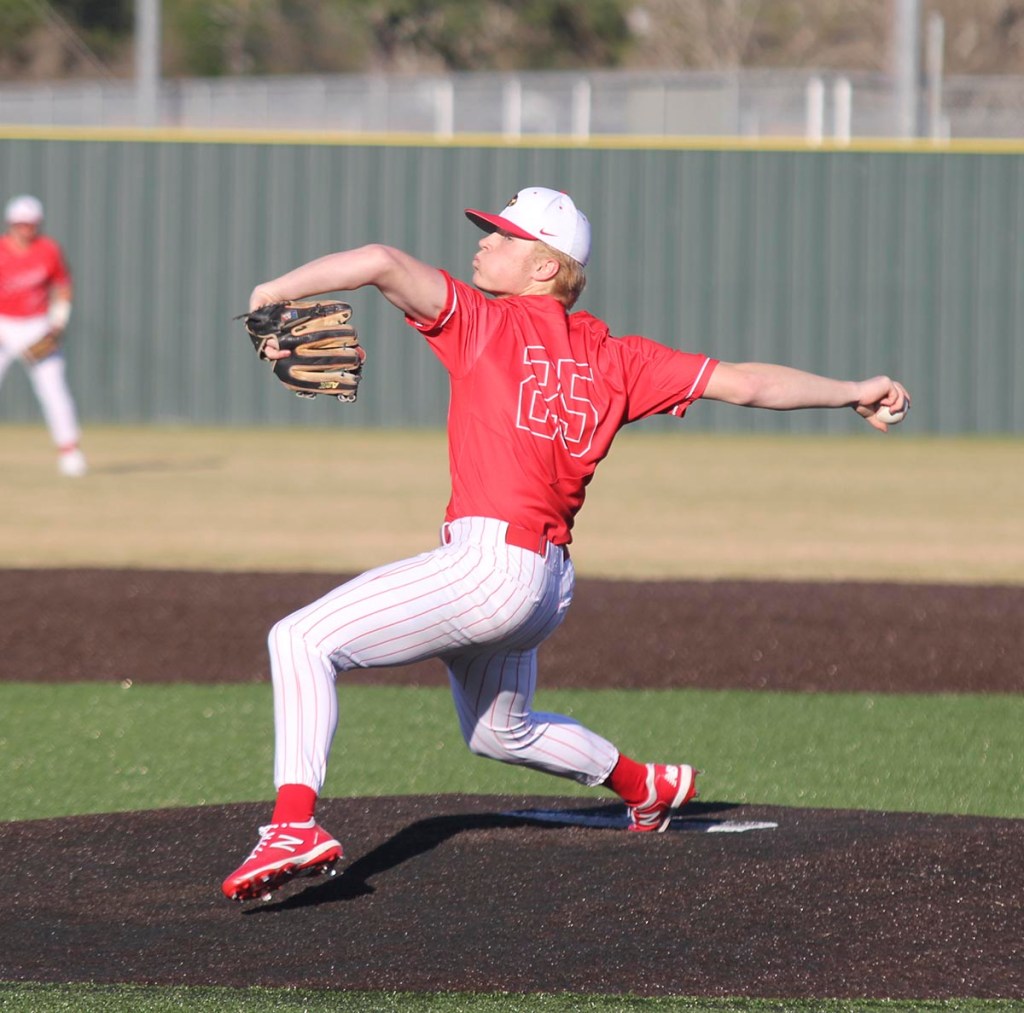 Sam Carpenter got the start on the mound for the Cardinals this game. He had a rough start in the first inning, but was able to work out of it without giving up any runs.

After that he locked in and had himself dialed in for a good outing. Carpenter would go five innings on 88 pitches, allowing four walks, four hits, striking out seven and allowing two runs scored. He also had a homerun and single at the plate with two runs batted in.

The Cardinals strike first in the bottom of the second inning. Carpenter would draw a leadoff walk and be was pinch ran for by Colby Collins. Collins would be moved to second after a bunt single from Cameron Yadon and moved to third after an infield hit. The Bobcats tried a pickoff move but the throw was high, letting Collins come home to score. Yadon would be knocked in by Kade Benoit’s high fly ball that was dropped in the outfield as the Cardinals led 2-0 after two innings were done.

Carpenter helped himself by driving in another run for the Cardinals. Slade Foreman reached on a long double down the left field line. Carpenter hit an infield grounder and outran the throw, while Foreman scores from third base. The Cardinals extended their lead to 3-0 after three innings are in the books.

The Bobcats found their first run in the top of the fifth, thanks to a bad throw from the Cardinals. Gunner Jones led off with a smack to left field for a double. Kameryn Henderson would lay a bunt down, but after a bad throw to first, Jones was able to score from second base. Ryan Trahan drove in the second run with an infield single that he was able to out run, Henderson would score on the play from third base after getting there on an error. The Bobcats were able to shrink the lead to 3-2 heading into the bottom of the fifth inning.

Carpenter continued to help himself at the plate. A hard line shot over the right center fence to lead off the bottom of the fifth inning. That’s all the runs they would find this inning, but the Cardinals led 4-2 heading into the sixth inning.

The Bobcats found more offense in the top of the sixth inning. Kadeon Evans would lead off with a single, Gipson and Jones reached on walks to load the bases with no outs. Henderson hit a high sacrifice fly ball to right field to move the runners on second and third up one base, scoring Evans from third.

The Cardinals’ Slade Foreman would come in for the close and shut down the Bobcats attempt at a late game victory. Foreman was able to pitch into a 6-4-3 double play to end the game and secure the win for the Cardinals at a 4-3 final.

The Bobcats snagged a pair of nice wins at the tourney Thursday.

The Bobcats defeated Nederland 9-0 in their first game.

Pitcher Kadeon Evans tossed a no-hitter through five innings while the Bobcat offense had 10 hits.

Logan Gipson got the win on the hill while Washington was 2-for-4 with a triple.