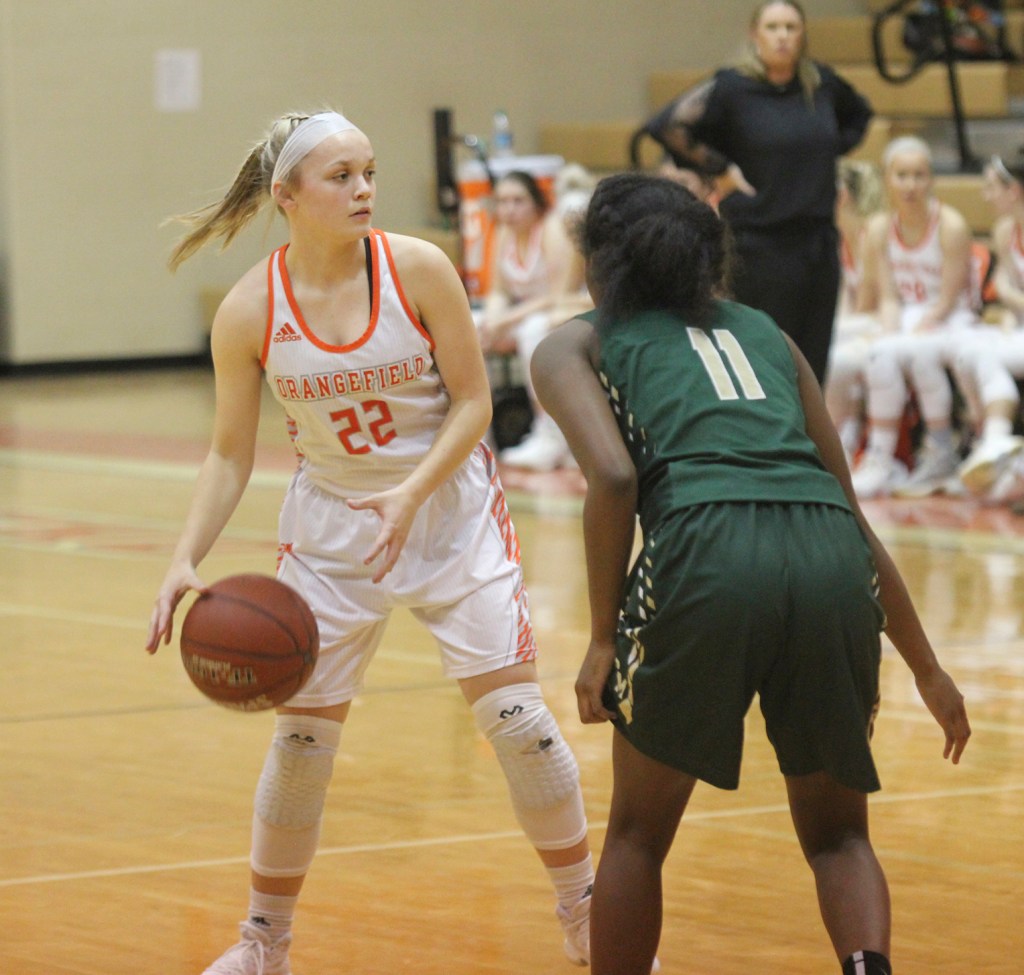 It was another exciting campaign for our local girls basketball teams as two of them punched their tickets all the way to their respective regional quarterfinals.

The Orangefield Lady Bobcats had another tremendous season under the guidance of coach Jennifer Willis as the Lady Bobcats (29-13) were just one win shy from the 30-win plateau.

The Lady Bobcats earned the second-place playoff seed out of District 22-3A and went a round further in the playoffs by advancing to the Class 3A Region III quarterfinals. Orangefield downed Hemphill in bidistrict and had a thrilling 55-53 overtime win over Anderson-Shiro before bowing out to a strong Hitchcock squad.

However, first-year head coach D.J. Wilson brought a ton of inspiration in igniting the program and the young ladies bought into the program and loved his coaching style.

So with the season reaching its conclusion its time to pick the 2020 All-Orange Leader Girls Basketball Team.

The Most Valuable Player is yet again Orangefield senior Faith Fregia. Fregia nabs the top honor for the third season in a row and deservedly so. With her three-point accuracy and her knack for making crucial defensive swipes, like she did in the OT win over Hitchcock, Fregia has certainly played 94 feet to the best of her abilities for three amazing campaigns. She wrapped up a great career in Orange & White by averaging 21 points a game and four steals her senior year.

One of the most fun players to watch this season was WO-S power forward B’Jne Arvie. Arvie, our Offensive MVP, maneuvered her way inside with pure power, sometimes against much taller opponents as her post moves and boarding effort provided huge dividends for the Lady Mustangs. Arvie averaged a huge double-double, scoring 16.5 points a contest while yanking down 11.6 rebounds.

Another player that really upped her game between her junior and senior years was Orangefield’s Jacey Bourque. Bourque had a solid 2019 season but in 2020 she really flourished on the defensive end as well to earn our Defensive MVP honors. Bourque filled up the stat sheet, pumping in 18 points a game while grabbing eight rebounds and swiping five steals.

Our Coach of the Year goes to WO-S’ Wilson and what he accomplished by getting a program back in the right direction. Just ask the WO-S fans that packed the Silsbee Gym in the regional quarterfinal game.