Story over a cup: Running, errr, bathing of the dogs 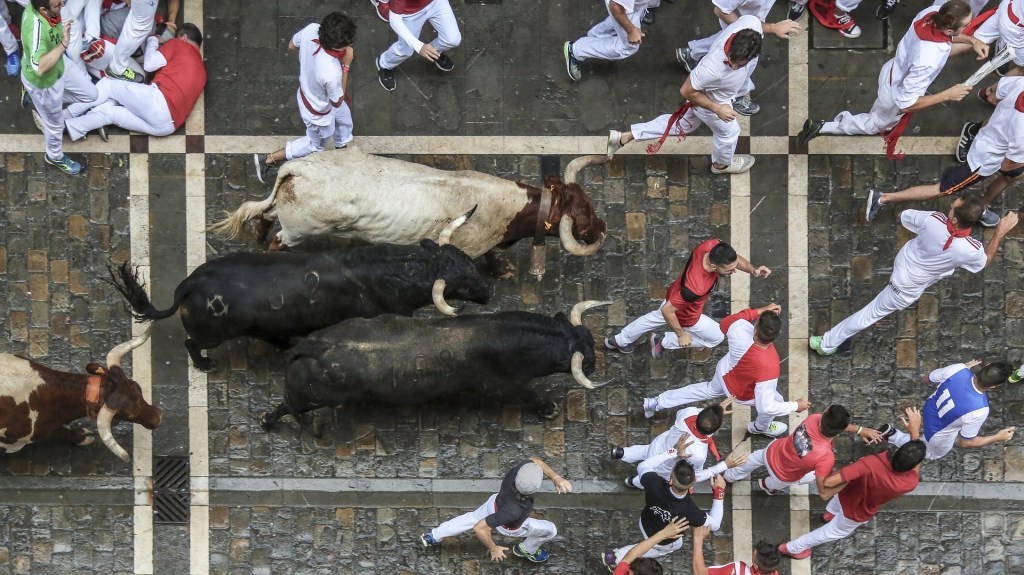 I am fascinated by world culture. Things other nations and people around the world do which we do not. The running of the bulls in Spain is one such event.

Then this past weekend it dawned on me, I do this very event every month.

Except, it’s with dogs.

An event called bathing of the dogs

It starts out like any other day in my house. Early morning walks, feeding, and a little playtime with my dogs.

Followed by me grabbing their flea shampoo and towels.

Have you ever seen the old Westerns where our hero is standing in the middle of the deserted street, the music playing softly…

Tumbleweed rolling in front of him.

That is me, in the living room, the second I reach for the dog cleaning supplies.

Well, anyway, back to the running of the dogs.

In Spain, they release the bulls and act surprised the bulls want to charge and run for it.

Here, in my house, the dogs realize if I catch them, they get a bath.

Forget Marine Recon or SEAL teams, my dogs are masters of disguises and camouflage when baths are in play. I once found Roswell two towns over disguised as a cat living under an assumed name.

Well, they take off running and put up a fight until I grab one.

Then the caught dog loses all bone structure, causing me to have to carry sixty pounds of dirty fur and dog to the shower.

Plop the dog in the shower, get more water on me and the floor; bathe said dog and then try and dry them.

Towel drying is not fun. I tried a blow dryer.

It was not fun.

I nearly got electrocuted when Bernie barked and knocked me over into the shower.

Funny thing is, once in the tub, not a problem. They stand quietly while I bathe them. Bill even plays in the tub.

But to suggest that they willingly go along, you would think I was asking for a miracle.

So, maybe I should give this ritual of mine a name. Something exotic. Something catchy.

The Bathing of the Dogs is not fitting for such a time-honored tradition.

Hmmm, this March I will participate in the first Soaping of the Furry Ones!