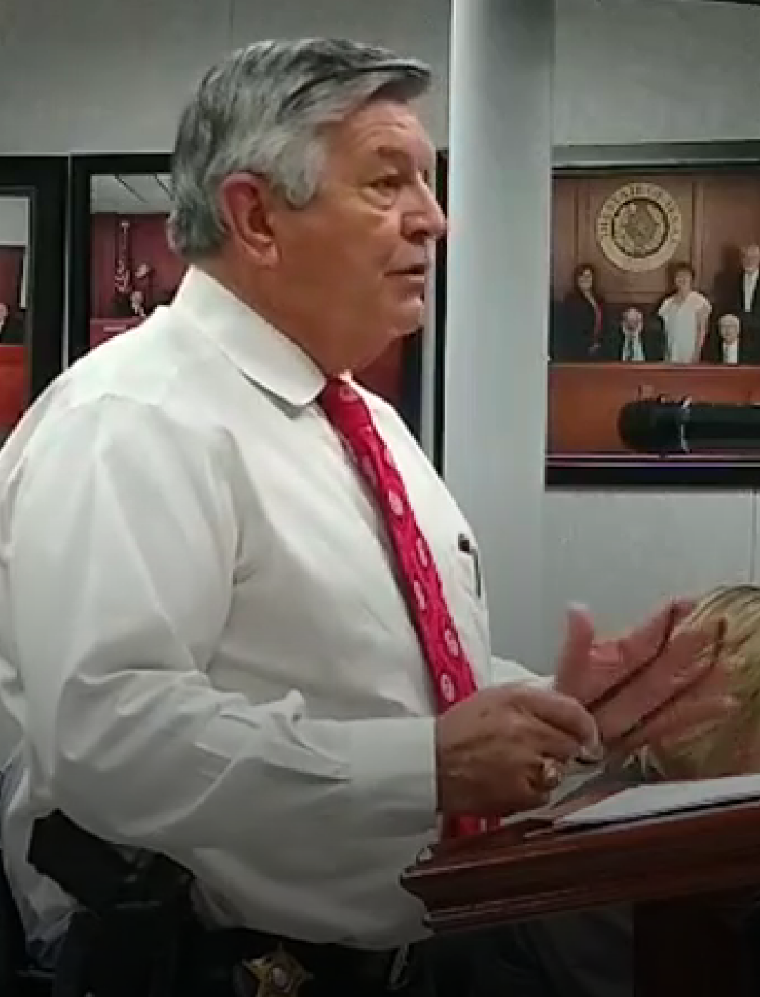 A week before Orange County Residents and Texans across the state go to the polls to vote in the major party primaries, the Commissioner’s Court approved $107,112 for election expenses for the primary and other upcoming elections.

Merritt gave a rundown of the receipt and review of 2019 year-end totals. The review included calls, activities, duties among other things that the OCSO handled for 2019. The review looked at Patrol-Dispatch, Investigations, Support, Correctional, and Special Services Division.

The Sheriff’s Office received 75,677 calls or an average of 6306 calls per month. You can read the breakdown here.

“This report is just a small reflection of what we did at the Sherriff’s Office in 2019,” Merritt stated.

All the Division Captains were there to answer questions from the Commissioners.

Precinct One Commissioner Johnny Trahan added, “I wanted to point out that over 50,000 calls for a department as small as ours, that is a lot of work for a limited amount of men. So I appreciate the work that you do.”

Merrit said, “I am extremely proud of these guys, what they do in their perspective divisions, especially that we are extremely short-handed right now. We have equipment issues. But we are working our way through, we have plans on what we are going to try and do in the next few months. When the new sheriff comes in, we want the agency up as good as it could be, for when the next sheriff comes in and will not be in a bind.”

“But there are just so many things that these guys do above and beyond and after hours, weekends, you name it to make sure that their division is run correctly and done right,” he added.

“I am just extremely proud of what they have been able to accomplish,” Merritt finished.

Gothia added, “I just want to take the time to thank you (Merritt) for your leadership in the years of running the department. It has meant a lot to Orange County, and a lot to the Court Thank you for all you do.”

The court also approved giving 95 gallons of fuel to the Commemorative Air Force that will be flying in three vintage aircraft for the fly-in scheduled on April 25.