From the superintendent: A legend walking among us 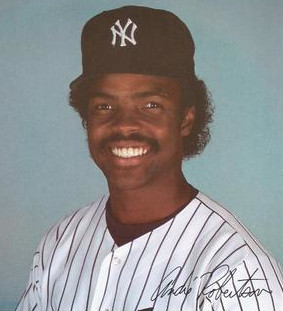 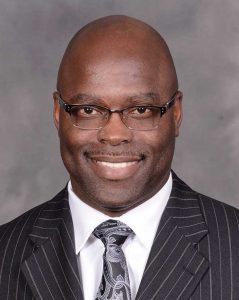 As we celebrate Black History Month, I would like to spotlight a local legend and Mustang alum, Andre Robertson. I spoke with Mr. Andre Robertson about his baseball career and barriers he broke to pave the way for African Americans in our local community.

Andre Robertson began his baseball career on the little league fields of Orange, Texas. He was the first African American to play in the little league and to play baseball at West Orange High School. He was well-rounded academically as well as in sports, graduating 11th in his 1976 class of 211 students, and lettered in football, baseball, track, and basketball.

In the fall of 1977, Andre Robertson became the first African American to earn a baseball scholarship to The University of Texas.

Drafted by the Toronto Blue Jays in 1979, they traded Robertson to the New York Yankees, where he would spend five seasons. Subsequently, he played in Game 4 of the 1981 World Series. He says that playing in the World Series was one of the most memorable moments in his career because he was relatively new to the majors, and a lot of the Hall of Famers he admired had never even been to the big game.

Mr. Robertson says that he learned from idolized players like Willie Mays Aikens and got hands-on training from seasoned players such as second baseman Willie Randolph when he went to play for New York, he states, “Randolph taught me the ropes.”

Robertson recalls that he grew up in an integrated society. Baseball was a game, and they were just a bunch of kids playing baseball where it wasn’t about race. It was when he drove down Interstate 10 to see burning crosses did it bring to realities of the world.

LEAVING BEHIND A LEGACY

“I’m more proud of my kids than I am of being on the Yankees roster in the World Series,” Robertson commented, “you go through life trying to make a better life for your children than it was for you.”

Robertson’s daughter is an R.N., and his son was the first African-American valedictorian in his high school’s history. Furthermore, his legacy doesn’t end there, Robertson continues to coach little league teams in Orange to give some of his knowledge back to our local community.

Robertson adds, “My father taught me not to talk about yourself but let others do the talking,” and his career in baseball has done just that. UT Athletics Hall of Honors inducted Robertson in August 2019, additionally this weekend, the University of Texas will be handing out souvenir jerseys with his number on it in Honor of Black History Month.

Mr. Robertson is an Orange County trailblazer; without a doubt, we are proud of what this Mustang has overcome and accomplished.

We believe in John Maxwell’s philosophy that “One is too small a number to achieve greatness.” Go Mustangs!