OC EDC: Projects of this size, magnitude do not happen overnight

(Editor’s note: This is from the presentation Orange County Economic Development Director Jessica Hill presented to the Orange County Commissioners Court on Tuesday concerning a tax abatement with Chevron Phillips Chemical. This offers a look at the actual numbers in the agreement.) 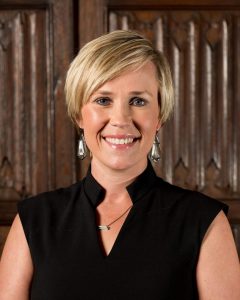 More than four years ago, Chevron Phillips took interest in Orange County, recognizing an opportunity to build upon its legacy and expand its footprint along the Gulf Coast, capitalizing on the developing polyethylene market. The availability of competitive feedstocks in the region and growing worldwide demand for its products supports their initiative to develop a world scale facility right here in Orange County. The existing Chevron Phillips Chemical site has been a fixture in Orange County since its construction by Spencer Chemicals in 1954. Gulf Oil, a predecessor of CP Chem, purchased the facility in 1963, and since that time, CP Chem and its employees, have been integral members of this community.

My office, elected officials, Orange County businesses, property owners and citizens have worked tirelessly to recruit CP Chem’s investment to Orange County. And let me emphasize property owners because, without their support and vision to trust the process, none of this would have been possible. Projects of this size and magnitude do not happen overnight. They do not happen in a year. And sometimes they don’t even happen in a lifetime. But here we are with an opportunity to change the landscape of Orange County for generations, but that opportunity will only turn to success with a thoughtful and wholistic approach to economic development.

And because health and safety are always a concern, I believe it is important to note the Project will adhere to the highest standards of the industry through the utilization of Operation Excellence which is designed to fulfill the requirements set forth in the American Chemistry Council’s Responsible Care® Initiative.

Chevron Phillips Chemical has extensive experience designing, building and operating state-of-the-art manufacturing facilities.  The safety of the community, employees and the environment is paramount in everything they do and it starts in the design and engineering stage of the project. The design of this facility will limit emissions, be much more efficient than older assets and use the best available technologies to ensure the safety of the community and the company’s employees.

All of Chevron Phillips Chemical’s production sites in Texas are Voluntary Protection Program (VPP) sites, which is an OSHA initiative to recognize employers who have implemented effective safety and health management systems.

The recommendation of the Orange County Economic Development Corporation is to incentivize Chevron Phillips’s potential investment in Orange County. CP Chem has not made a site decision or final investment decision, Orange County is still competing for this project, but we are confident Orange County is the PREFERRED site. To move from preferred to announced, Orange County must present the most logical, cost effective offer available. One that maximizes the return for both the citizens and the company, because that is what our competitors are willing to do. Economic development incentives are a competitive advantage the State of Texas allows us to compete for projects, and I would say it works considering Texas has won Site Selection Magazine’s Governor’s Cup year over year. After almost a year of negotiations with Chevron Phillips, I believe the agreement you have today exemplifies our obligations to the tax payers, creates opportunity for our citizens and local businesses and provides competitive opportunity to Chevron Phillips.  (Editor’s note: Orange County Commissioners Court approved the agreement 5-0 on Tuesday.)

The agreement presented is a Chapter 312 tax abatement agreement for a period of 10 years at 100% abatement on the eligible improved value. A Chapter 312 tax abatement is a local agreement between a taxpayer, in this case CP Chem, and a taxing unit, Orange County, that exempts all or part of the INCREASE in the value of the real property and/or tangible personal property from taxation for a period not to exceed 10 years. In order to apply for economic development incentives, Orange County requires an abatement application from the company identifying the nature of the project as well as the location on which the project would be located, an independent third-party economic impact study, and a $1000 application fee. The application and impact study are reviewed by the executive board of the EDC as well as Commissioner’s Court, in closed sessions, to ensure the confidentiality of the project and competitive nature of the site selection process.

This agreement only addresses Orange County, and the taxable value within the previously established reinvestment zone and does not bind any other taxing entity to the same at this time. Each taxing entity must go through their own individual processes to approve an agreement specific to their organization if they so choose.

By capturing this value on the front end, the ACTUAL value abated will be closer to 90-93%. Orange County will realize the additional value this year by way of CP Chem’s purchase of more than 1700 acres. Much of the purchased land carried agricultural exemptions. The exemptions have been removed and will result in an additional $100,000 in revenues for taxing entities. Also, because the proposed use of the land will be repurposed from agricultural to industrial, there will be a rollback payment for a maximum of three years and initiated when site construction begins.

The total economic output to be generated in the area from Chevron Phillips operations over the first 20 years is over $51B. Direct net benefits to the County during that same period is over $170M.

The estimated total payments to WOCCISD from CP Chem and new residents are more than $515M.

And even though the majority of the investment is located in WOCCISD, Bridge City ISD will recognize as much as $100M in additional value.

The City of Orange, Drainage District, Port, all communities will see net benefits.

The economic benefits of this project do not culminate with ad valorem taxes alone. Estimated taxable spending during the construction of the facility is more than $206M which includes the purchase of construction materials as well as direct and indirect construction worker spending.

Critical in the negotiation of this agreement was an opportunity for local suppliers, contractors and employment. CP CHEM agrees to give preference and priority to qualified local manufacturers, suppliers, vendors, subcontractors, and labor. They’ve agreed to assist qualified local subcontractors in being added to the Approved Vendor List and to participate in job fairs seeking local labor to be conducted by CP CHEM.

They’ve agreed to report and certify quarterly the total number of dollars spent on local labor, local subcontractors and local vendors/suppliers in connection with the Project. As a result of the joint efforts to utilize local sourcing, the economic impact of direct, indirect and induced revenues for businesses in the area total over $5B during the construction phase.

In addition, CP CHEM agrees to host a trade show for local labor, vendors, and subcontractors for the purpose of introducing them to CP CHEM and EPC purchasing personnel and providing local vendors with opportunities to showcase products and services to CP CHEM.

They’ve agreed to meet with COUNTY designees from time to time during the Term to discuss CP CHEM’s efforts to utilize qualified local labor, vendors, suppliers, and subcontractors and to discuss reporting.

CP Chem has agreed to meet with local educational institutions upon their request to discuss necessary training for the local labor force in advance of plant start-up; and host a web site advising local vendors, suppliers, and subcontractors on how to do business with CP CHEM in Orange County.

Aside from capital advantages, Chevron Phillips Chemical is assisting with Orange County’s infrastructure needs. Their site drainage plan accounts for not only their own runoff to ensure zero impact to the system but has been designed to improve existing drainage infrastructure.

And last October, the City of West Orange was notified it was awarded a $5M grant from the Economic Development Administration to support the design and construction of a new wastewater treatment plant. These funds were secured by leveraging Chevron Phillips’s interest in siting their investment in Orange County.

You’ve heard a lot from me about the economic impact of this potential investment in Orange County, so I want you to hear what your citizens have to say as well. In their own words…….

I’m 110% on board. The abatement will be nothing in the big picture. Think of the housing, grocery, gas, and every other bit of money that is spent in the area. Seeing that a company wants to invest 5b+ in Orange County is a GREAT day for Orange County and its residents!!

For ten years of reduced taxes on new construction, what does Orange County gain… hundreds of high paying construction jobs, increased consumer buying for the duration of the construction, city taxes in sales from food, restaurants, motel and truck sales.

I completely support this. The huge impact it will have on our area is worth the total abatement. I know there are a lot of companies that are already looking at the area for a diverse array of new businesses. They are just waiting to hear if CP is coming here.

And while the financial impact this project will have on our community is immense, we have yet to mention any of the goodwill benefits Chevron Phillips participates in as a company.

Here in Orange County already, they have contributed over $100,000 in disaster recovery funds. They are an annual contributor to the United Way campaign. Chevron Phillips has sponsored many community events such as charitable golf tournaments, Salvation Army Christmas and more.

And in other communities in which they are making investments, Chevron Phillips has donated park benches and made significant investments in the school district’s career and technical education programs.

The last four years, and Tuesday’s action, is just the beginning. There are soon to be many opportunities to consciously approach this development with optimism and consideration of how we may leverage Chevron Phillips’s investment in Orange County to advance the community’s long term needs.

George Mitchell, a legend in the oil and gas sector, and arguably the father of fracking, said in his Horatio Alger acceptance speech, “This country we have the economic environment in which the pursuit of success can really be an honorable and enjoyable game. And if we play the game, preferably, everybody wins. By properly, and preferably, I mean we must work hard and be fair, we must be compassionate and decent, and we must return to society as much as, or more, than what we got out of it.”

Orange County Economic Development Corporation was formed in 2003 to better serve the economic development needs of Orange County. The County of Orange, the Orange County Port and Navigation District and the Cities of Bridge City, Orange, Pinehurst, Vidor, and West Orange realized the strengths gained by pooling resources to attract quality jobs and investments to Orange County.

It is the mission of the Orange County Economic Development Corporation to develop and support policies and programs explicitly directed at improving the business climate through specific efforts directed at creating and retaining jobs that facilitate growth and provide a stable tax base throughout Orange County.

Story over a cup: ADHD Highway to Oh look, a squirrel

Michael Cole I am easily distracted. Its been a curse since I was a young man. I will start a... read more