Lady Mustangs make quick work of Kashmere in area round 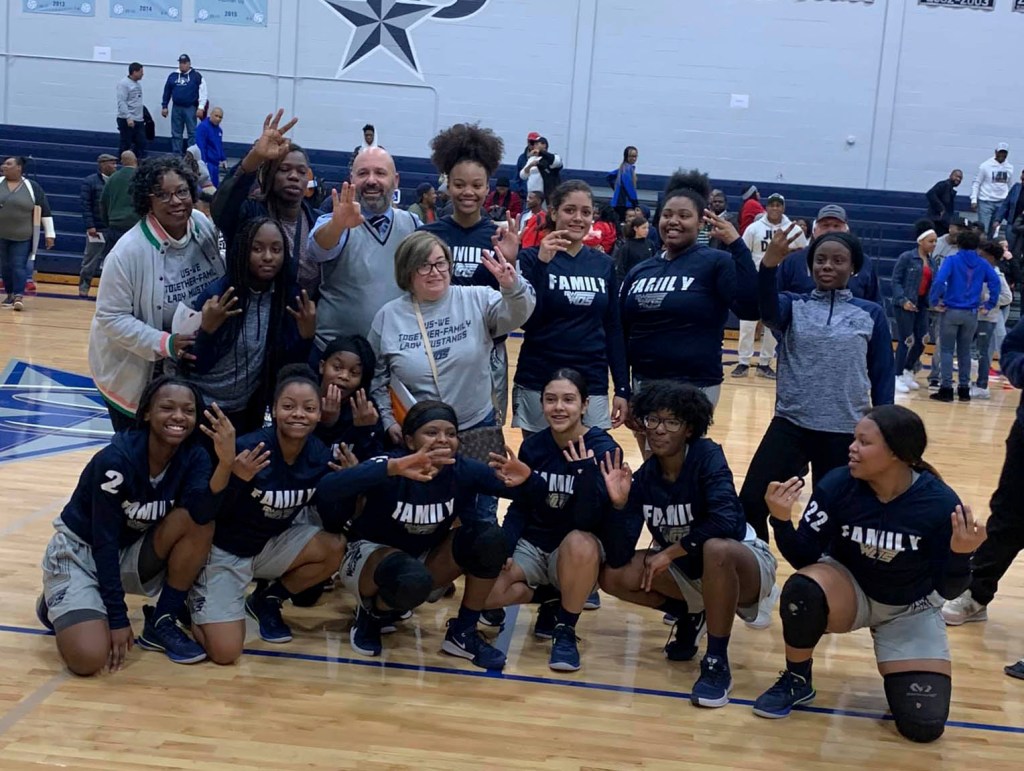 BAYTOWN – The magical hoop season continues on for the West Orange-Stark Running Lady Mustangs as they smashed another opponents in the playoffs.

After canning Livingston 55-27 in bidistrict, the Lady Mustangs made quick work of the Houston Kashmere Lady Rams in the Class 4A Region III area round, rolling to a 79-32 blowout victory.

The Lady Mustangs came out where they left the Livingston game and that is in their opponent’s face and Kashmere (15-9) simply had no answer to survive the suffocating defense.

This was obvious as WO-S forced 43 turnovers led by Sophomore Naudia Watson’s 11 steals.  Watson would spark the Mustangs with two three-pointers in the first half to go along with her smothering defense to finish with a career-high 16 points.

Marlandria Hebert and B’Jne’ Arvie would both continue to be walking double doubles with Hebert scoring 16 points and yanking down 15 rebound while Arvie tossed in a game-high 19 points and also hauled down 12 boards. Theoe two owned the paint and Kashmere tried every defense they had to try and stop them but nothing seemed to work with the 1-2 punch.

Coach D.J. Wilson said “it was a total team effort and they girls played for each other”.