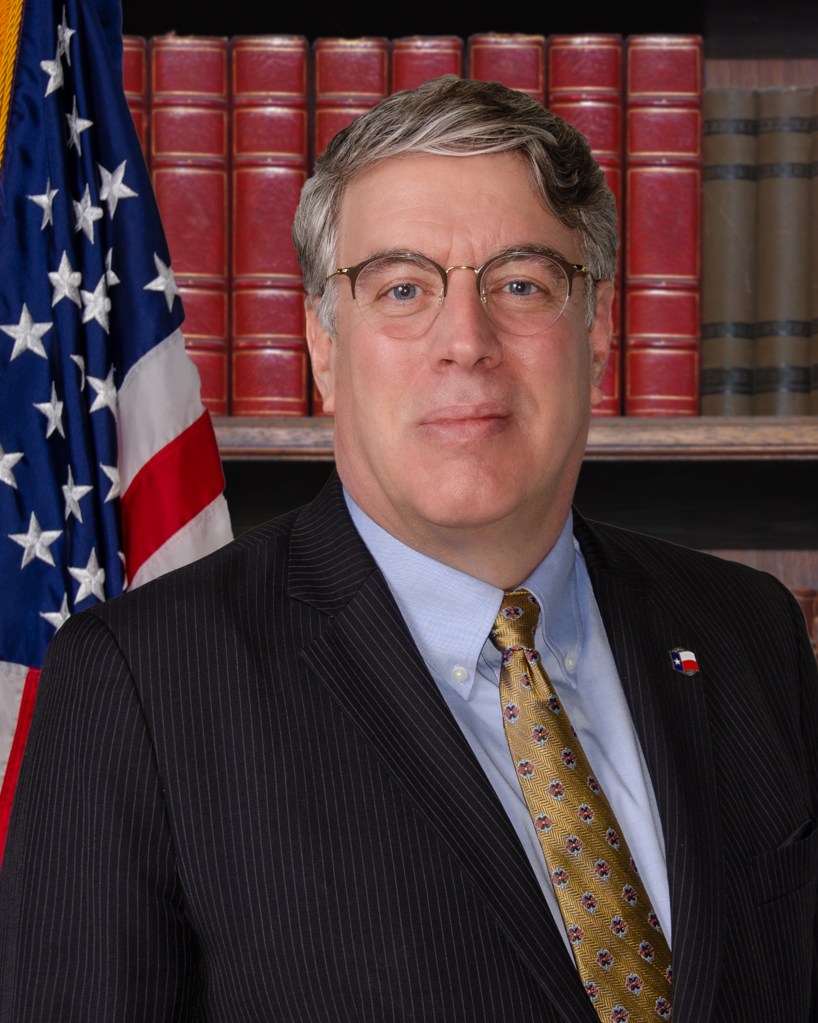 Sets forth 10 reasons why Chuck (Charles B) Meyer is the most experienced candidate for the position of Chief Justice.

2. Chuck is the only candidate that is currently an active assistant district attorney, and he is the only one who is solely focused on filing briefs with the same court of appeals of which he seeks to become Chief Justice in his role as Hardin County’s Asst. Dist. Att’y for Appeals and Writs.  He hasn’t lost a case yet!

3. Chuck is the only candidate who has actually drafted court opinions.   Chuck drafted opinions for a Reagan-appointed Federal District Court Judge who sits in San Antonio as a Federal Judicial Law Clark and for a Republican Elected State Supreme Court Justice as a Judicial Law Clerk.  Not infrequently, the published opinions came out just a Chuck wrote them, with no or minimal edits by the Federal Judge or the State Supreme Court Justice.

4. Chuck is the only candidate who may, under Texas Ethics Rules, hold himself out as a specialist.   He is a registered patent attorney, a very specialized and difficult area of law.  Chuck is also a member of the Chartered Institute of Arbitrators and he recently received word that he will soon be elevated to Fellow of that Institute.

5. Chuck is the only candidate who has done more than just be a lawyer in his professional life. Prior to law school, he was a civilian electronics engineer at the Pentagon, where he was part of a team that designed computer systems that were meant to inform the nation’s civilian and military leaders when the nation was under nuclear attack.  After his time at the Pentagon, he then became a patent examiner at the United States Patent and Trademark Office, a quasi-judicial position, during which time he was also a night law student at American University’s Washington College of Law.

6. Chuck is the only candidate with a degree in law beyond a Juris Doctor (JD).  Chuck holds a Bachelor of Civil Law from Oxford University, England.  The Bachelor of Civil Law is Oxford’s taught Masters of Law program (LLM) and is reputed to be the most difficult LLM program in the world!

7. As mentioned above, Chuck was the business leader/executive of a subsidiary of a publicly-traded company, Research In Motion/BlackBerry Europe.  He is the only candidate with significant business experience in which he managed a staff of over 100 employees.

8. Chuck is a member of the Texas Bar College — an achievement that fewer than 5% of lawyers achieve.

9. Chuck has been active in the Republican party.  He was a delegate to the 2016 Republican National Convention, and in 2012 and 2016, he was part of an Election Day Operations team of Republican Lawyers who policed election integrity issues in the important swing state of Ohio.

10.Chuck has been active through his Rotary Club and through his Knights of Columbus Council and Assembly in public service to his community.   He also was, in 2016, involved in community theatre at the Crighton in Conroe as the prosecutor of Santa Claus in Stage Right’s production of Miracle on 34th Street.