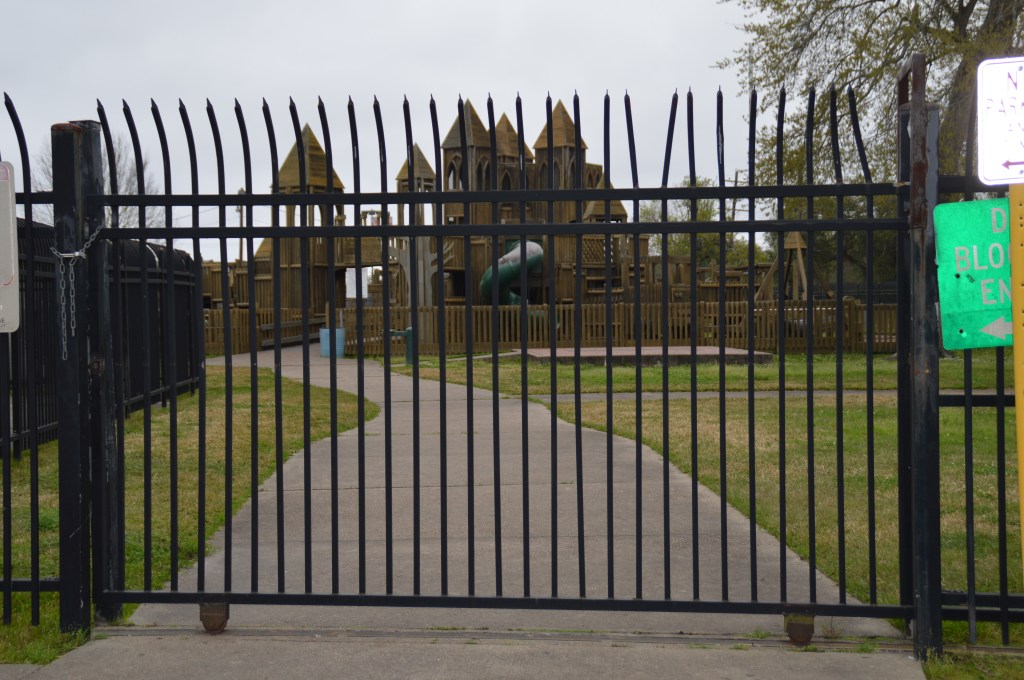 Dawn Burleigh/The Orange Leader Lions Den playground area is locked after engineers declared the equipment as unsafe. The city will be reaching out to residents for options in the coming weeks.

A playground at Lions Dens Park is behind locked gates as the city considers options after a team of engineers declared the equipment has met its life expectancy and is no longer safe for children to play upon.

At a meeting held on Tuesday evening, the council discussed capital improvements and quality of life projects. Engineers hired by the city to inspect the equipment determined the equipment at the park to be structurally unsafe for continued use. The playground equipment has exceeded its estimated lifespan and is due for an update to meet safety guidelines.

City of Orange staff has started the process of considering various courses of action which includes evaluating replacement equipment for the playground.

The City of Orange recognizes the special place the park has in the City and apologies for any inconvenience this closure may have. Nevertheless, the safety of those who visit the park is of utmost importance.

Mayor Larry Spears Jr. announced a Special Call Orange City Council Meeting will be held to inform the community about possible options and to solicit ideas from the public. The date and time for this public meeting will be announced as soon as it is confirmed.

“We understand the blood, sweat and tears that went into building this playground and what it means to the community,” City Manager Mike Kunst said. “We are thinking of the safety of those visiting the playground. We have tough decisions to make moving forward.”

Kunst added the decisions will be made with the best interest for the citizens of the community.

In September, the park was also part of the discussion for the budget were underway.

At the time, the council has requested $530,000 be set aside for the park in this budget and then have more funds set aside next year for the park.

Ways to improve the park have been mentioned during budget talks each year. One year, the concentration was on improving the pavilion used for birthdays and other family events.

Depending on one’s source, commercial playground equipment can range from 15-25 years if made of steel, 10 -15 years if it is made of wood.