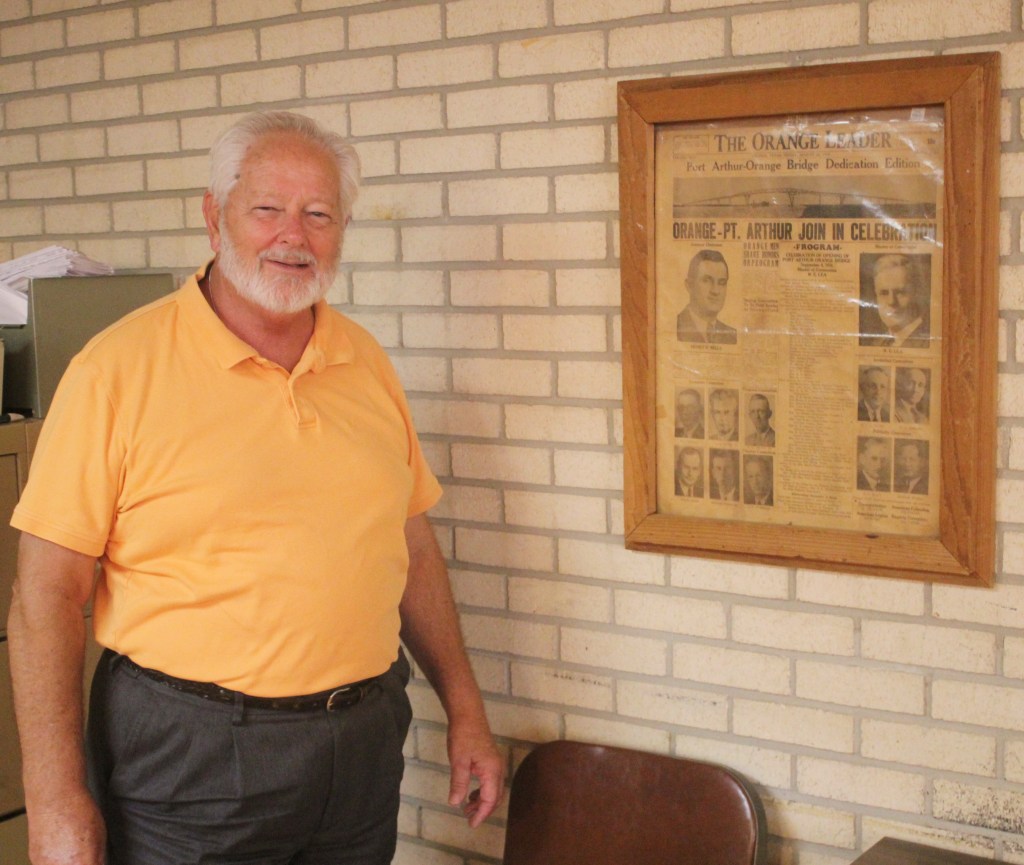 Orange Leader file photo Larry David was an amazing civic leader for Orange for many years.

Reverend Larry David, 74, passed away last week and will be missed by many.

Known by many as “The Hamburger Man” at the Lions Club Carnival, David was involved in the community in many aspects over the years. In 2016, over 7,300 burgers were made at the event.

David served as director of the YMCA, in the Knights of Columbus, with the United Way as the chair and Commercial Division Chairman. He was a past director for the Red Cross and chairman. He also served as Stark Foundation board member and chairman.

Another passion for David, a 1963 graduate of St. Mary’s High School, over the years has been his Catholic faith. David has a BBA for technology from Lamar State College and went on to receive a diploma in Pastoral Theology from St. Thomas University.

He was a deacon at St. Anthony Cathedral Basilica in Beaumont.

He served as Chamber of Commerce director in the late 1970s and has been an ambassador since 1971. He was the Gumbo Cookoff chairman from 1979-80. He has taken part in the Orange Community Action Committee. He’s also thrived with the Lions Club and has been a past president and that’s to just name some of his involvement in the community.

David, a past president of the Heritage House Museum, has stayed “jolly” the past 40 years, playing Santa Claus during the Christmas holidays.

Working with the Lions Club was special to David’s heart, who has been making the trip with local Lions to Kerrville, Texas Lions Camp since 1990, cutting down trees and working with children there as well.

The Texas Lions Camp in Kerrville is dedicated to the perpetual enjoyment of children who have physical disabilities. Today, the camp serves about 1,500 excited campers per summer and has provided services to more than 70,000 since its inception.

Another passion for David, a 1963 graduate of St. Mary’s High School, over the years has been his Catholic faith. David has a BBA for technology from Lamar State College and went on to receive a diploma in Pastoral Theology from St. Thomas University. He also made the gumbo for the annual Saint Mary Altar Society Annual Gift Shop event.

In 1934, Hill sold his shares to the others and the partnership dissolved Jan. 1, 1045 when Julius David began operating as a sole proprietor.

March 12, 2009, the partnership ended with the passing of James Hustmyre David and has remained a sole proprietorship until Larry David’s retirement in 2018.

David also served in the US Army as a finance clerk stationed in Da Nang, Vietnam. He was Honorably Discharged with the rank of Spc 5. During his service he received multiple awards and commendations.

A gathering of Deacon David’s family and friends will be from 5 p.m. until 8 p.m., with a Rosary recited at 5:30 p.m., Thursday, February 20, at St. Mary Catholic Church, 912 West Cherry Avenue in Orange. There will be an additional gathering of family and friends from 9 a.m. until 10:30 a.m., Friday, February 21, at St. Anthony Cathedral Basilica, 700 Jefferson Street, Beaumont, with a Mass of Christian Burial celebrated at 10:30 a.m. His interment with military honors will be at 3 p.m., at St. Mary Cemetery in Orange, under the direction of Broussard’s in Beaumont.