WO-S has ribbon cutting and first pitch at Anderson Field 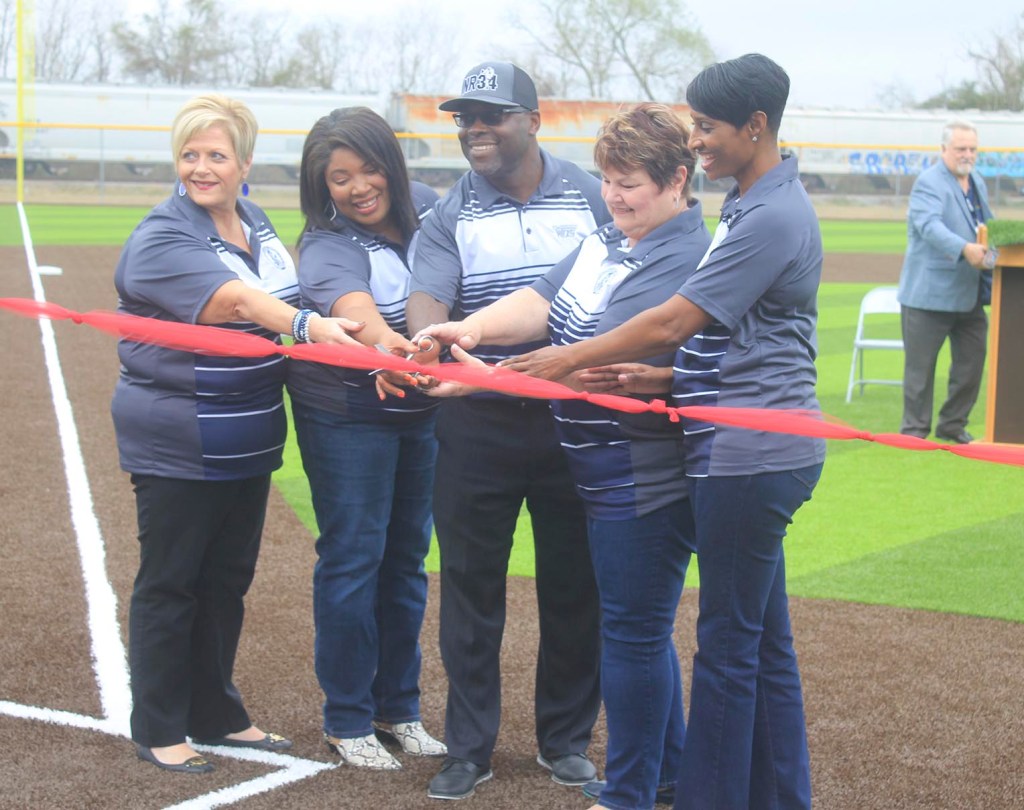 The new synthetic turf field is the first of its kind at the high school level in the nation.

Act Global, G&G Enterprises and the Nolan Ryan Group were on hand to celebrate with the WO-S administrators and coaches along with Orange Mayor Larry Spears and West Orange Mayor Roy McDonald.

WO-S legendary baseball player Andre Robertson, who played at the University of Texas and won a World Series with the New York Yankees,, tossed the first pitch to Nolan Ryan’s son Reid Ryan.