Report: Texas has more than half of U.S.’ worst benzene polluting refineries 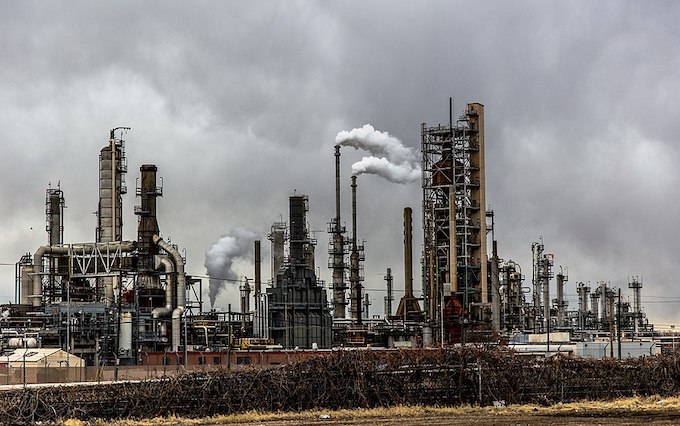 Patrick Hendry/Wikimedia Commons Exposure to benzene, a carcinogen released at oil and gas refineries, can cause vomiting, headaches, anemia, increased risk of cancer and death, according to the U.S. Centers for Disease Control and Prevention.

An Environmental Integrity Project study used data from air samples taken at fence-line monitors every two weeks. Corey Williams, research and policy director with Air Alliance Houston, said with more than half of the nation’s worst polluting refineries in Houston’s backyard, he’d like to see more monitoring at sites in real-time and said it’s time for companies to fix the problem.

“And to date, we haven’t really seen more proactive compliance and enforcement efforts from either the federal EPA or state environmental-quality agencies,” Williams said.

When regulators do enforce the law, Williams said fines and other punitive measures are considered by companies as negligible, just the cost of doing business. Industry groups and the Texas Commission on Environmental Quality both opposed the EPA’s proposal for fence-line monitors, calling them unnecessary because refineries already were monitoring emissions.

Benzene, a chemical with a slightly sweet odor, evaporates from gasoline and oil, and is used in plastics, pesticides and other products. Williams said it’s now clear industry monitoring efforts, which plugged data supplied from industry sources into a mathematical formula to determine risk levels, was flawed.

“However, now that we have the benzene fence-line monitoring program, we can see that the assumptions made in the modeling were not correct and that there actually was a greater offsite impact than initially was thought,” he said.

The worst offenders in Texas included Total Refinery in Port Arthur, Pasadena Refining outside Houston, and Flint Hills Resources in Corpus Christi. Williams’ group is urging state officials to push industry to patch leaks, update pipes and do whatever is necessary to reduce pollution, to protect the health of workers, and the disproportionately low-income families and communities of color living near refineries.