Crash shuts down FM 1006 in Orange 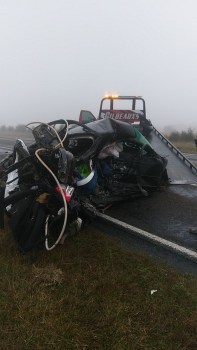 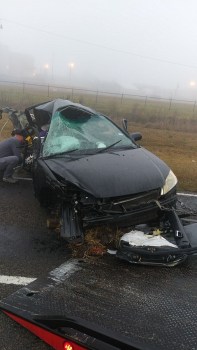 At approximately 5:30 a.m., the Texas Department of Public Safety (DPS) Troopers responded to a multiple vehicle crash on Farm to Market Road 1006 in Orange County.  The crash occurred approximately one mile East of State Hwy. 87.
The preliminary DPS crash investigation indicates that a 2005 Honda passenger vehicle was traveling westbound on Farm to Market Road 1006.

For an unknown reason, the driver of the Honda lost control of his vehicle causing the vehicle to go into a side-skid.  The vehicle crossed into the eastbound traffic lane and was struck by the Ford.
The driver of the Honda, Anthony Palomo, 18, of Woodville, was pronounced deceased by Justice of the Peace Rodney Price at the scene.

The driver of the Ford, 47-year-old Dane Yates of Port Arthur, was transported to St. Elizabeth hospital with serious injuries.
All eastbound and westbound traffic lanes of Farm to Market Road 1006 were closed until the crash investigation was completed.

All information is preliminary as Troopers work to determine the exact factors that contributed to this fatal crash.

All eastbound and westbound traffic lanes of Farm to Market Road 1006 were reopened at approximately 10:30 a.m. following an early morning crash.