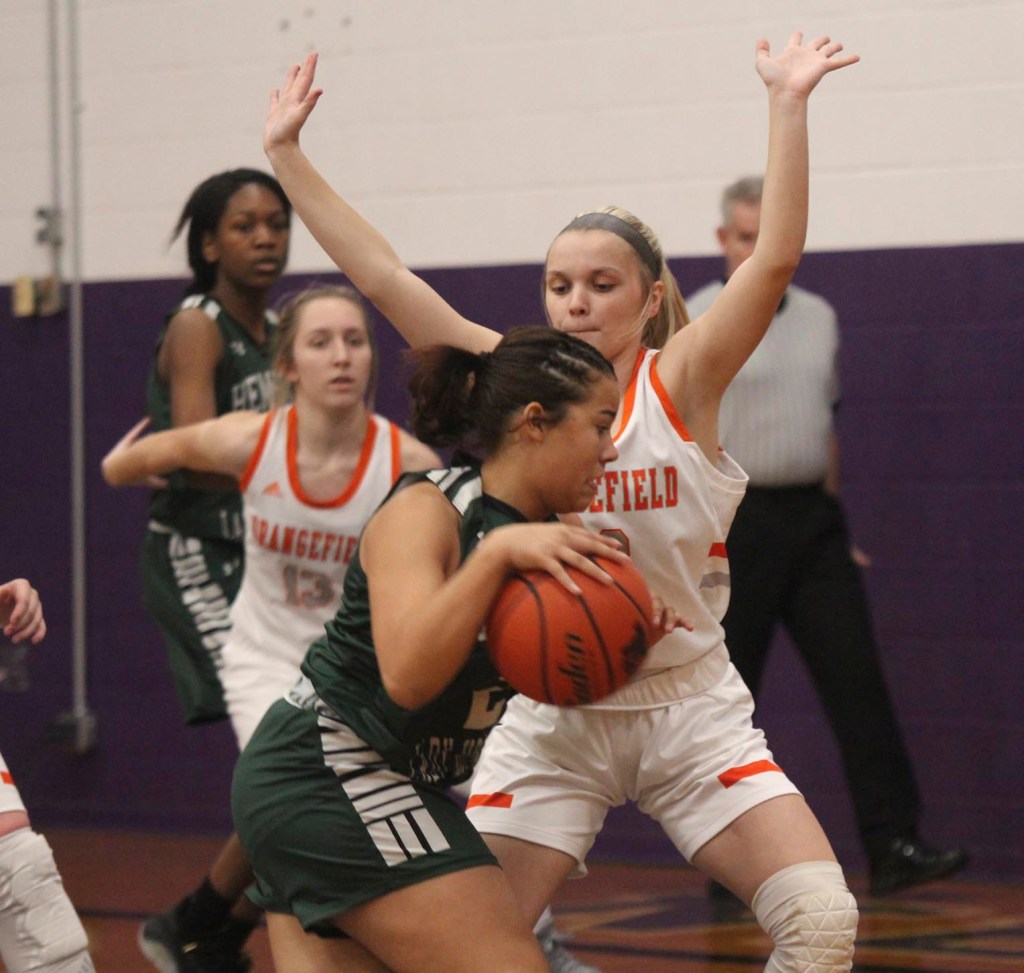 Faith Fregia led the Lady Bobcats with a game-high 25 points and earned a double-double the hard way as she swiped 10 steals, while teammate Jacey Bourque claimed a double-double too, tallying 19 points while snagging 10 rebounds.

The Lady Bobcats will go on to face Anderson-Shiro at 6:30 p.m. Friday at Huffman High School in the area round.

The Lady Bobcat win offset a strong performance by Lady Hornet guard Chloeigh White, who filtered in 22 points. White had 14 points at the half and finished with four three-pointers.

Lady Hornet post DeeDee Richard had a double-double as she pumped in 11 points and grabbed a game-high 14 rebounds.

It was all Lady Bobcats late in the fourth quarter as they finished the game with a 9-0 spurt after leading 56-51.

The Lady Hornets led 17-12 at the end of the first quarter after building a 17-8 lead as White scored eight points and ripped two three-pointers. Fregia hit two long-range three-point bombs in the quarter to keep the Lady Bobcats within reach.

The second quarter was high-scoring as the teams combined for 41 points with Orangefield scoring 21 of them.

Fregia had nine points in the quarter and Bourque buried two three-point missiles. White and Richard scored six points apiece for Hemphill in the period as the Lady Hornets held a four-point halftime edge.

Madison Greenway finished with eight points and nine rebounds for the Lady Bobcats. Miya Wilkerson had seven points for Hemphill while Dashia Richards had eight rebounds.

Hemphill finished with a 40-31 rebounding edge.

The Lady Hornets finished with 26 turnovers while Orangefield had just 15. The Lady Bobcats went 19-of-29 from the free-throw line while the Lady Hornets converted just 7-of-16.