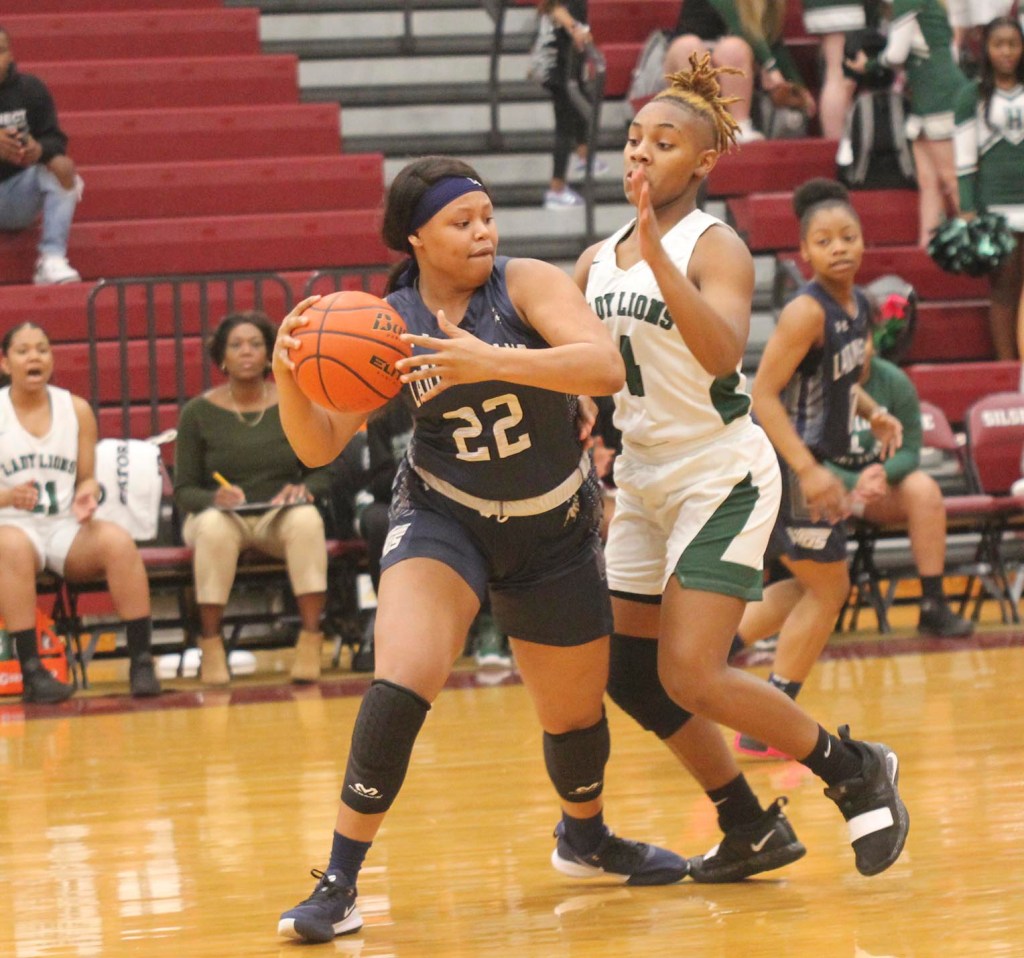 The Lady Mustangs forced the Lady Lions into 32 turnovers on the night, including 10 each in both the second and third periods to pull away for the dominating win.

The Lady Mustangs will now move on to the area round where they will face either Houston Kashmere or Columbia.

Senior Marlandria Hebert had a huge outing for WO-S as she worked her way inside for a double-double. Hebert finished with 18 points and 10 rebounds.

B’Jne Arvie had 12 points and seven rebounds. Gabby Tims, Keshaunia WiInbush, Aniah Henderson and Naudia Watson did a tremendous job in pressuring the Lady Lions’ guards into a slew of turnovers as they kept the pressure on all night.

Tims finished with 11 points and seven rebounds. Winbush had five points and eight boards while Watson and Henderson teamed up for eight points and nine rebounds.

Miya Miles led the Lady Lions with eight points and added seven rebounds. 6-3 post Ducy McNeal was limited to six points but did haul down 10 rebounds while Coryn Dirden had six points and nine boards.

The Lady Mustangs shook off the “jitters” early in the second quarter after the score was knotted up at 8-8 at the end of the first period. Hebert and Arvie had four points apiece in the first quarter while Miles had five for Livingston.

WO-S scored the firs seven points of the second quarter and led by as much as 17-10. Dirden got the Lady Lions to within 17-13 after a three-point shot. Hebert had a nice drive at the end of the half to put the Lady Mustangs up 20-14 at intermission.

The Lady Lions then simply ran into a buzzsaw to open the third quarter. Leading 24-18, the Lady Mustangs pulled away with a 11-0 spurt as they converted four steals into easy layups and they made the Lady Lions’ tongues start dragging.

The onslaught continued as WO-S was able to build a 43-20 lead heading into the fourth quarter.

WO-S outscored the Lady Lions 12-7 in the fourth as everyone received nice playing time.