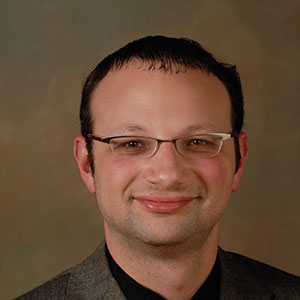 The safety of our prison staff should be one of our paramount concerns — alongside the safety of inmates and the communities into which they eventually will be released. Some states are enacting reforms that enhance all of the above, through putting appropriate limits on solitary confinement.

Why should we care about those in solitary? The Vera Institute’s Segregation Reduction Project found that 85 percent of prisoners were sent to disciplinary segregation for minor rule infractions in Illinois. Common violations included being out of place and failing to report to an assignment. Being confined for 22 to 23 hours a day in an often windowless room that averages about 60 square feet is not healthy. Indeed, research has found that prolonged solitary confinement has significant mental and physical health repercussions. Indeed, a 2019 study found that, upon release, those who had spent time in solitary confinement were substantially more likely to die within the first year. Anthony Graves, who spent 10 years in solitary confinement in Texas before being exonerated, attributes his inability to have a good night’s sleep and his mood swings, resulting in emotional breakdowns, to this experience.

Curbing solitary confinement is not just about the dignity and well-being of those incarcerated, but also about our own safety. A study in Washington state showing that inmates released directly from the Supermax prison, which consists entirely of solitary confinement, committed new felonies at a rate 35 percent greater than that for inmates of the same risk profile released from the general population.

Fortunately, several jurisdictions have seen the light and opened the door. Colorado began to move mountains after being touched by tragedy. In 2013, a Colorado prisoner released directly from solitary confinement murdered the state’s director of corrections, Tom Clements. Alarmingly, dating back to 2002, half of those released from Colorado prisons who subsequently committed murder had served time in solitary confinement, with some discharged directly to the street.

Under Clements’ successor Rick Raemisch, Colorado cut the number of people in solitary from 1,500 in 2011 to just 185 in 2016, including eliminating the use of solitary for those with mental illness. In 2017, Colorado abolished solitary confinement periods of more than 15 days. Key strategies included the use of de-escalation rooms and gradually exposing those in solitary to individual therapy and group programming, even while initially being chained to a chair. From 2011 to 2016, annual inmate assaults on staff in Colorado fell from an average of 262 to 160. Now, in the same former Colorado Supermax unit where people languished in solitary, often for years, prisoners are learning vocational skills and employers are coming in to hire them even before release.

Other states such as Maine and Mississippi have also succeeded in dramatically reducing the use of solitary confinement while also making prisons safer and more orderly, both for those confined and staff. A major factor in Maine was requiring that supervisors and the commissioner approve the use of solitary beyond three days, whereas previously a shift captain could make this decision alone. After Mississippi went from 1,300 people in solitary confinement to about 300, prison violence fell 70 percent.

In addition to changes initiated by corrections agencies, momentum for change has also come at the legislative level, with New Jersey and Minnesota passing statutes in 2019 to limit the use of solitary confinement. Nonetheless, a 2018 survey found 4.6 percent of prisoners, which is just more than 100,000 people, are in solitary confinement for 15 days or more.

During this season, we can celebrate the progress in these states, but also build resolve for more reforms in 2020. Opening doors in the darkest of places is not just about providing a ray of hope for those in solitary confinement, but also ensuring America’s prisons reflect our shared commitment to liberty and redemption.

Marc Levin is Vice President of Criminal Justice Policy at the Texas Public Policy Foundation and its Right on Crime initiative.

The wall: Separating democracy from voters

The mainstream media imposes some serious certainties on the 2020 presidential election that drive me into a furious despair, e.g.:... read more