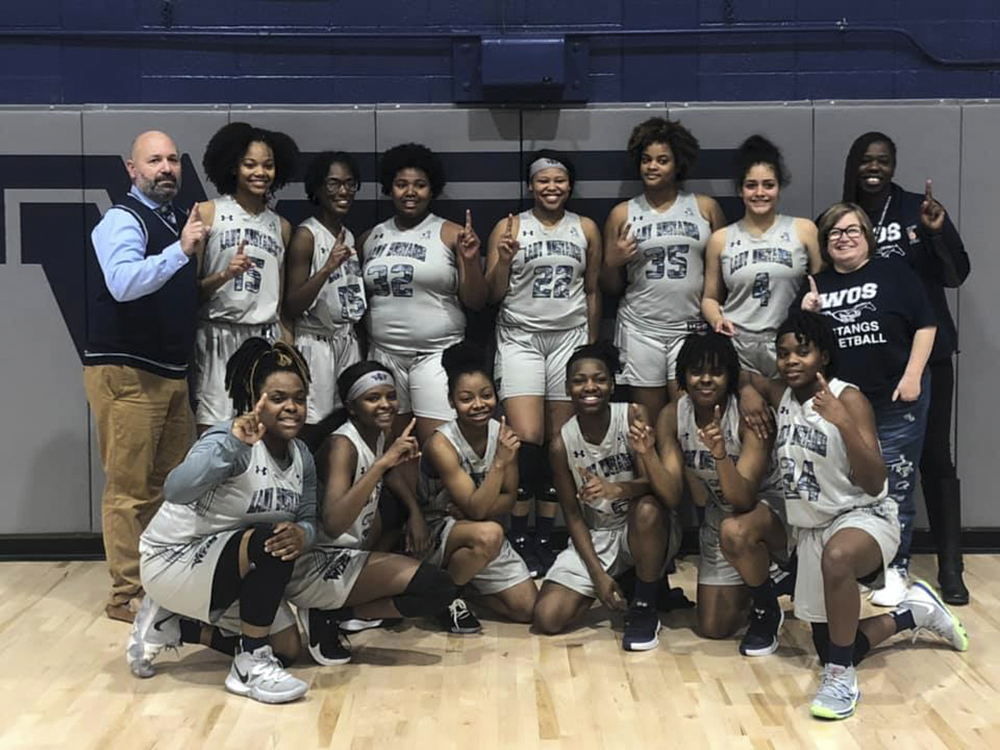 Courtesy Photo The WO-S Lady Mustangs won their last home game of the season against Legacy and will face Livingston in the playoffs Monday.

WEST ORANGE -The Running West Orange-Stark Lady Mustangs played their last home game of the season against Beaumont Legacy Christian Friday night at Mustang Gym and they cruised to a 62-24 victory in a warmup game before the playoffs start Monday.

It was all Mustangs from the tip.  The Running Lady Mustangs (19-12) were all over the court with their full court pressure forcing 37 turnovers on the night.

Keshaunia Winbush set up the offense dishing out 11 dimes to multiple players to go along with 3 points and 6 steals.  Gabby Tims would have another great night defensively and on the boards having 4 steals and 7 rebounds to go along with 4 points.  It was senior night all over as every did damage by scoring, Halle Brown and Temecia Adams would both add 2 points and 4 rebounds each.

Coach D.J. Wilson said “I told my girls before the game that I better get to play my underclassmen to get them more experience.  This was important because we just brought up 3 girls from JV and I wanted them to feel the floor before the playoffs start.  My seniors as they have all year made sure this happened”.  The game would see 10 of 12 Mustangs scoring points and it was all sparked by their defense.

The Lady Mustangs will play Monday in Silsbee against Livingston at 6 pm in the bidistrict round of the playoffs.