From the editor: Still no end in sight to #EndTheStreakTX 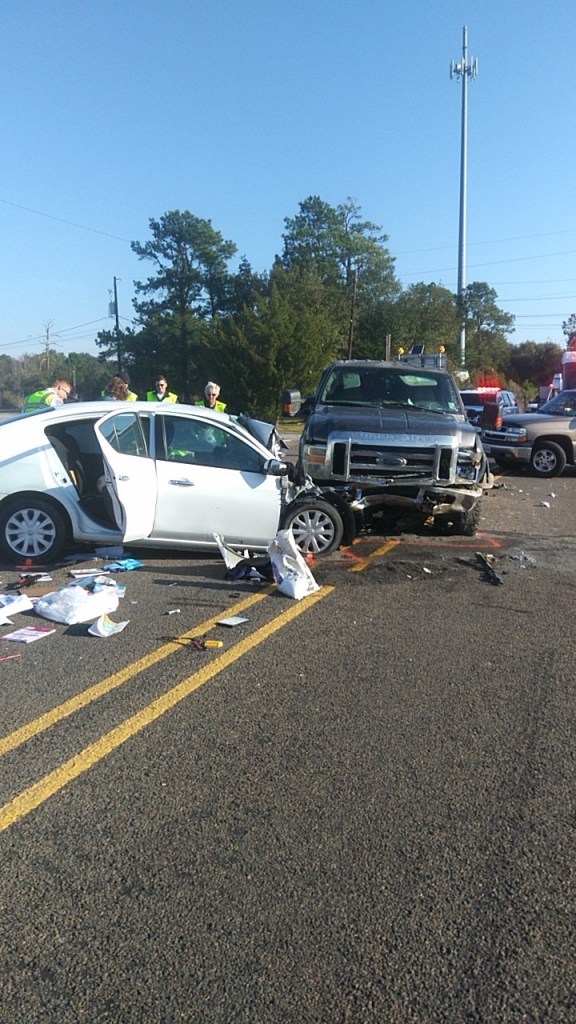 Eric Williams/The Orange Leader A fatal wreck just before 8 a.m. on Monday on Dupont Drive at Adams Bayou resulting in the death of a Nederland woman.

Over a year ago, I wrote about the need to end the streak of death on the roads of Texas.

Since Nov. 7, 2000, at least one person has died on Texas roadways every single day.

Texas Department of Transportation, through its #EndTheStreakTX  campaign, reminds drivers it’s a shared responsibility among roadway users and engineers to keep our roads safe.

Yet, a person dies every single day on the roads in Texas.

To help raise awareness of this tragic, daily statistic, TxDOT is asking people to share personal stories of loved ones lost in car crashes on their social media pages using photo and video testimonials with the hashtag, #EndTheStreakTX. The agency also will be posting startling statistics for the public to repost on social media outlets to help share this important message.

I, too, am asking others to join this crusade.

When I was seven, I watched my brother, age five, struck by a car and killed.

Distracted drivers, under the influence drivers, careless or reckless drivers are all on the roads every day.

We have to remain diligent in staying safe for those who have no regard for their safety or others while driving in such a condition as to be considered less than optimal.

Last week, a child, 11, was in a coma for over 18-hours as his family gathered around not knowing if he would recover. Fortunately, he survived the crash and is now home but has a long road of recovery ahead of him.

Now consider, the one incident leads to at least two other drivers who would be considered distracted were on the road. His parents would have had one thing on their mind – getting to their children at the hospital.

Since Nov. 7, 2000, fatalities resulting from vehicle crashes on Texas roadways have numbered more than 66,000. The leading causes of fatalities continue to be a failure to stay in one lane, alcohol and speed. To decrease the chances of roadway crashes and fatalities, TxDOT reminds drivers to:

Do your part to end the streak of needless fatalities. Watch your speed limit, stay in your lane, and do not drink and drive.

This is one streak which needs to end. Do your part to #EndTheStreakTX

Dawn Burleigh is the general manager and editor of The Orange Leader. She can be reached at dawn.burleigh@orangeleader.com