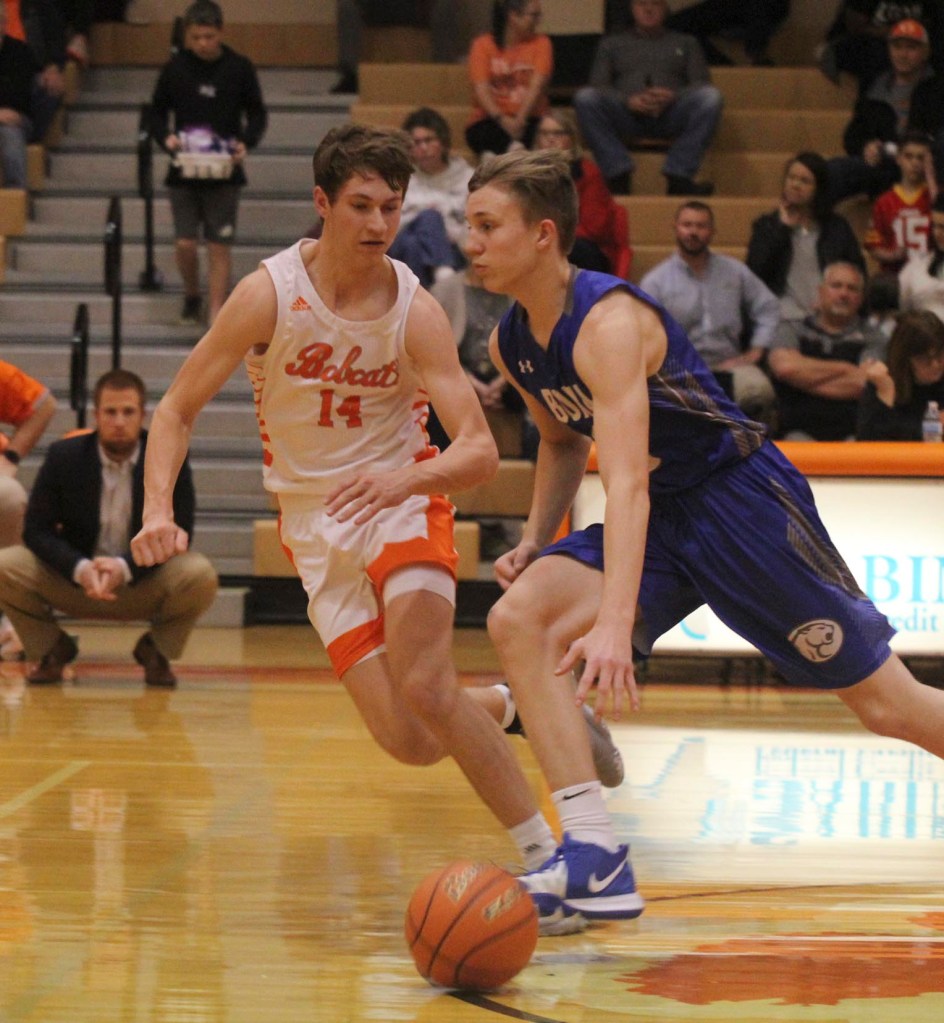 ORANGEFIELD – The Orangefield Bobcats let one slip from their grasp Tuesday night as the Buna Cougars snatched an important 49-48 District 22-3A road win at Bobcat Gym.

The win pushes the Cougars to the third-place playoff position with two regular season games left while the Bobcats are holding on to the fourth spot.

Kyler Stark and Garrett Estridge combined for 11 points in the fourth quarter to spark the Cougar run and Karson Goldman sank key free-throws down the stretch.

Orangefield guard Payton Wrinkle had a good look at a game-winning three-pointer as time expired but it rattled off the rim and barely missed.

The Bobcats grabbed their nice 40-31 lead on a three-point missile by sharp-shooter Coy Bryant as they looked to have snagged away all of the momentum but key turnovers and tough shots in the final five minutes hampered Orangefield.

Estridge and Blaine Marks scored 10 points apiece to pace the Cougars. Stark had eight points and a game-high 10 rebounds while Goldman and Keegan Curry each scored eight points.

Orangefield held a 34-31 lead going to the fourth and went on a 6-0 spurt to start the last eight minutes.

The Bobcats finished with a 29-24 rebounding edge. Orangefield committed 21 turnovers while the Cougars had 17. The Cougars were 11-of-17 from the free-throw line while the Bobcats made 8-of-13.

The Bobcats will look to regroup Friday when they visit Hardin to face the Hornets.