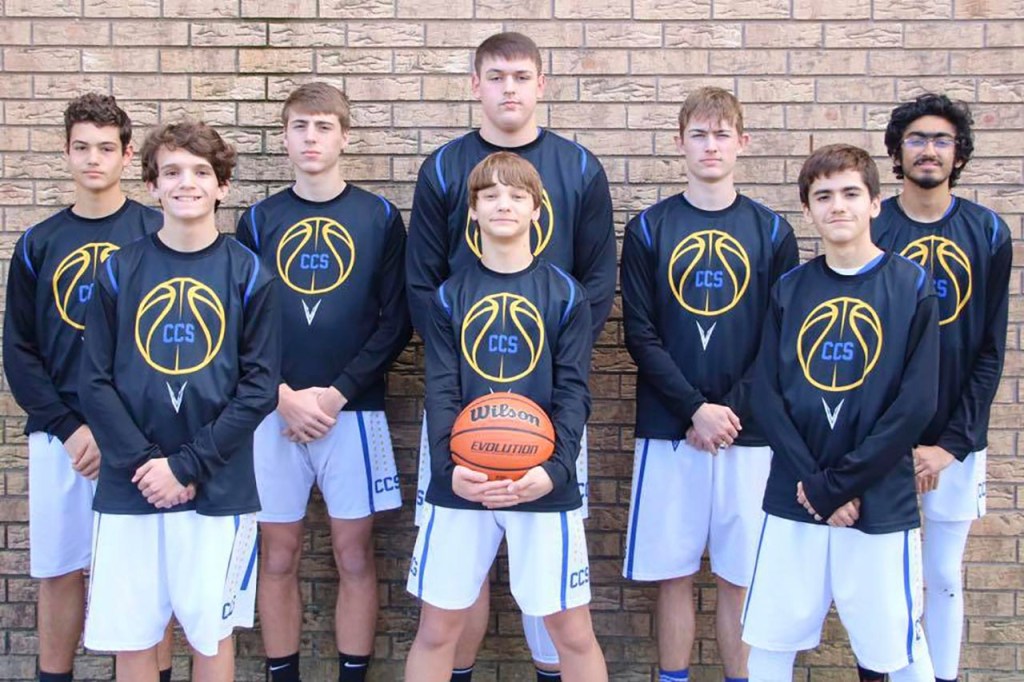 The Lions needed a win to clinch a play-off berth. The Lions came out strong and did not ease up as they rolled to a 59-41 victory.

CCS outscored the Victors 21-11 in the first quarter, 21-13 in the second, 12-8 in the third and the Victors out scored the Lions 9-5 in the final quarter. James Menard led the team with 31 points , followed by Levi Rogers with 16 points, Rahul Patel and Bryer Gray both with 5 points and Ryan Davis with 2 points.

The CCS Lions have won five district games in a row under Head Coach Jon Houchin. The Lions will travel to Baytown Christian Academy Tuesday the 11th to finish up their regular season.

The Lions traveled to Kingwood Covenant Prep on Tuesday Feb, 2.

The first half was a little rough for the Lions and they went into halftime down by 10 points at 39-29.

Halftime adjustments by Coach Jon Houchin and an inspiring speech gave the Lions new energy. CCS roared back to tie the game at 53-53 at the final buzzer. In overtime the Lions took the lead for a victory 59-56.

The Lions roared to another District win over Family Christian in Houston on Saturday night 88-31.

The game was never in doubt after an early 19-2 start. The Lions press proved very effective as they cruised to a 69-18 halftime lead. Junior James Menard led the Lions with a 37-point game.  Center Levi Rogers had an impressive 26 points in the game. Seniors’ Rahul Patel scored 10 points and Ryan Davis 6 points. Sophomore Bryer Gray put up 9 points.