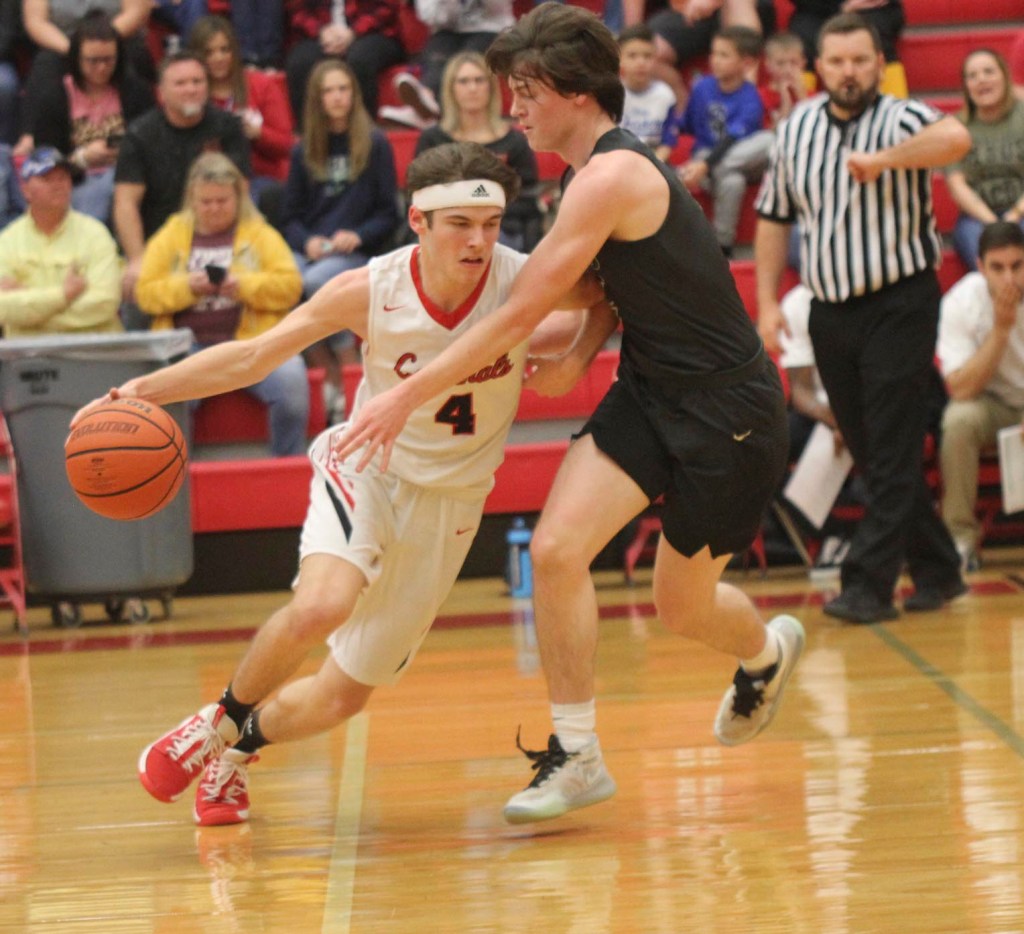 BRIDGE CITY – Controlling the game for almost the entire 32 minutes, the Bridge City Cardinals strolled past the Little Cypress-Mauriceville Bears 55-42 in District 22-4A play in front of a big crowd at Cardinal Gym Friday night.

The Cardinals led by as much as 36-22 in the third quarter before the Bears staged a 10-4 run to trim it to 40-32 entering the fourth quarter.

The Cardinals then took control the rest of the way, finishing with a 15-8 flurry thanks to great free-throw shooting.

The Cardinals canned 16-of-20 free-throws for the night but put the game away by going 13-of-14 in the final quarter.

Cardinal guard Austin Richardson, who had a game-high 22 points and a game-hight seven rebounds, was a perfect 6-of-6 from the line in the last eight minutes while teammates Ethan Oceguera, Grant Boudreaux and Ray Epperley went 7-of-8 from the charity stripe to ice it.

Richardson and Boudreaux both canned three three-pointer apiece for the Cardinals.

Jackson Smith had 11 points for the Bears, eight of them coming in the first half. Elliott finished with 10 points while Jesse Doucette had 11, nine of them coming after intermission.

Richardson and Oceguera teamed up for 11 points in the quarter while Smith scored six for the Bears.

Bridge City went on a 15-8 spurt in the second quarter that enabled the Cardinals to a 29-19 lead at intermission.

Richardson ripped a pair of long-range treys in the quarter while Boudreaux had five points.

The Bears outscored the Cardinals 13-11 in the third with Doucette leading a rally with seven points. Boudreaux had seven in the quarter for the Cardinals with a couple big drives late that helped fend off the Bears.

The Cardinals will venture to Lumberton Tuesday while the Bears return home to face West Orange-Stark.