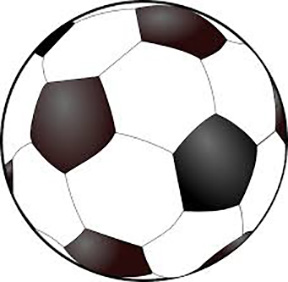 The Bridge City Cardinals, on a three game win streak, improve to 2-0 in district play with a 2-0 win over Hamshire-Fannett.

Oscar Carranza scored both goals including a penalty kick goal for the Cardinals.

Trenton Corkran, goalkeeper, impressed with another stellar outing. Adrian Draughn was all over the pitch, distributing to his teammates all night.  Alberto Munguia, played well, and speedster Jake Potter was all over the place as well for the Cards.

The Cardinals fell to the Silsbee Tigers 5-2 Tuesday.

The Cards fall to 2-1 in district play. Scoring for the Cardinals on a penalty kick was forward Oscar Carranza. Forward Francisco Peña also put the ball in the net to make it 3-2 at the time, the goal was assisted by Carranza.  The Cards hosted the LC-M Bears Friday at Ward Stadium.

Both teams were off to a slow start offensively, and went into the half 0-0. After halftime the Cards came out ready to play and scored early in the second half. The goal was scored by Whitleigh Moreau off of a Leslie Carranza assist. The Lady Tigers retaliated with a score of their own soon after.

Each team played aggressively during the second half, and when the regulation time had ended, the score remained 1-1. The first round of overtime consisted of two ten-minute halves and the score was still 1-1 after time was up, pushing both teams into penalty kicks to determine a winner. Hannah Silveira, Breanna Molin, and Reesie Ryder all tallied a goal in PKs. Silsbee had the last shot, and GK Kaitlyn Lawrence sealed the win for the Cardinals with an excellent save. The Lady Cardinals are now 2-1 in district, and will take on the LC-M Lady Bears Friday at home beginning at 5 p.m. The boys will follow at 7 p.m.

Both teams came out aggressive at the start of the first half, and it was anyone’s ball game.

The Lady Horns were first to tally a score on the night due to a Cardinal error. Close to the end of the first half the Lady Horns scored for the second time off of a corner kick.

The Lady Cardinals regrouped at halftime and rallied to score late in the second half.

The Lady Horns answered with another goal before time ran out. Juliann Klinkhammer had a nice game in the goal with nine saves.