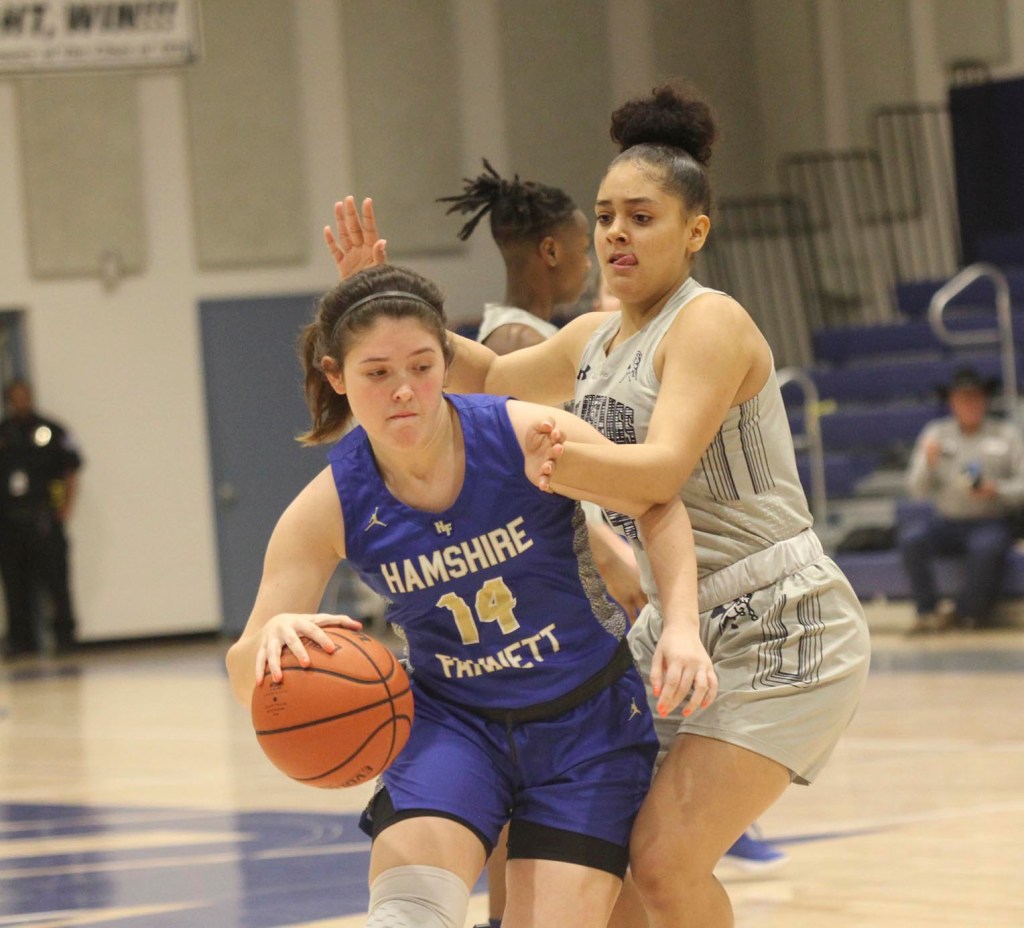 WEST ORANGE – Utilizing a knockout punch early with a punishing, physical defense, the West Orange-Stark Lady Mustangs accomplished something Tuesday night that the program has not done since 2007 – and that’s making the playoffs.

The Lady Mustangs outscored Hamshire-Fannett 17-0 in the first quarter and never looked back as they notched a 52-24 District 22-4A victory at Mustang Gym.

Six different Lady Mustangs scored in the first-quarter onslaught as they forced the Lady Longhorns into 10 of their 25 turnovers in the first eight minutes.

The Lady Mustangs extended their lead to 25-6 by intermission as B’Jne Arvie, Keshaunia Winbush, Marlandria Hebert and Aniah Henderson each scored five points in the first half.

The Lady Longhorns did not get a bucket until 5:24 left in the second quarter off of a Kinteza Lee drive and layup.

Arvie helped push the WO-S cushion to 39-13 by the end of the third quarter as WO-S went on a 14-7 spurt. Arvie was dominant in the paint in the quarter as she bruised her way inside for all 14 of the Lady Mustang points in the period.

There was no doubt it was a physical encounter, one the Lady Mustangs won handily.

Arvie led the way again with her typical double-double, that she is known for, as she poured in 19 points and snagged 13 rebounds.

The Lady Mustangs had just 16 turnovers. Their only “sore” spot on the night was from the free-throw line, where they made just 13-of-33 from the charity stripe.

Hamshire-Fannett struggled just as much, going just 4-for-14.

The Lady Mustangs are still in the thick of trying to up their playoff seeding, battling Lumberton and Silsbee for the second through fourth-place playoff berths with two games remaining.

The Lady Mustangs will visit first-place Hardin-Jefferson Friday and will host LC-M Tuesday.

The Lady Bobcats will head to Anahuac Friday.