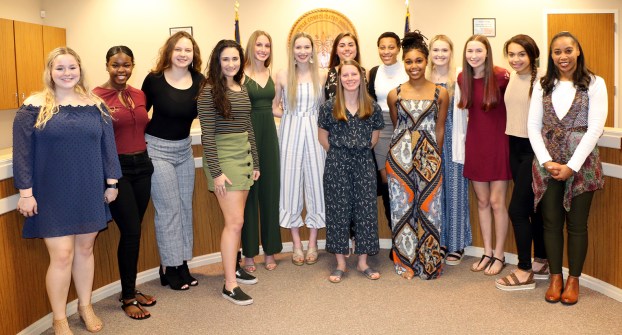 LC-M volleyball team honored by Board

LITTLE CYPRESS – First on the agenda at the January 13. 2020 Little Cypress-Mauriceville Board Meeting was the LCM High School Volleyball Team. The Lady Bears made school history by earning a spot in Regional Competition this year, the highest level any previous teams have reached. During the recognition portion of the meeting, Coach Rhonda Williams introduced the team and spoke of how proud she is of the work ethic of the girls and how dedicated they are to improving their skills.

Several of the girls were also tagged for District 22-4A All-District. Setter of the year was a three-way tie between senior Caitlin Woods and players from Lumberton and Hardin Jefferson. Specialty player of the Year was Trinity Williams, Chelsea Perry was named to First Team All-District, Brielle Butler was named to Second Team All-District and Honorable Mentions went to Zoe Levens, Alyssa Ammons, Olivia Hogan and Payten Smith.

SOUR LAKE – The West Orange-Stark Mustangs fell to the Hardin-Jefferson Hawks 79-55 in District 22-4A play on the road... read more