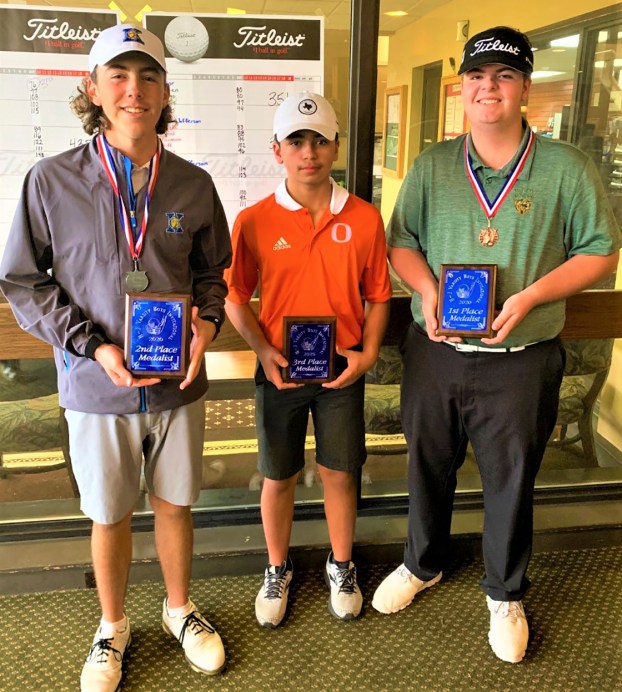 BEAUMONT – The Little Cypress-Mauriceville Battlin’ Bear golf team played their first tournament of the year and finished 3rd in the Hardin-Jefferson Invitational at Beaumont Country Club.

Weather delayed the start and the tournament was played in a steady rain for much of the day.  Junior and defending Class 4A State Champion Jack Burke won the tournament for the second straight year with a round of 73.  Mason Sterling and Wyatt Wozniak both fired an 89, Timothy Weaver shot 90, and Travis Love finished with a 95.

Burke will play in the Aggie Classic in College Station next week and the Bears will be back in team competition on January 27 in the Jasper Bulldog Invitational at Rayburn Country.

Beaumont Kelly’s Patrick Miller captured second-place with a 74 while Orangefield freshman Xaner Parks had a great debut, firing a 76 to finish third.

Over the weekend, the Orangefield Junior High boys basketball competed in the SETX OpenCourts tournament. It was a successful tournament... read more