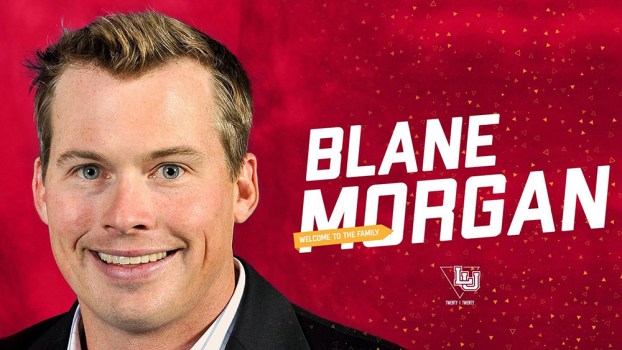 The Cardinals incoming offensive staff brings with them more than 50 years of experience from all levels of the game.

“On the offensive side of the ball, we’re adding a group of coaches with a very diverse background and from different parts of the country,” said Morgan, who was named LU head coach on Dec. 12, 2020. “These guys have been with some very successful programs. We’ve also added a number of younger coaches who will bring enthusiasm and a lot of energy on a daily basis.”

A veteran with 20 years of experience at the collegiate level, Antoine makes his return to the Golden Triangle after successful stints at Arkansas, South Alabama, Fresno State and most recently Texas State. During his five seasons with the Bobcats, Antoine spent the final four working with the receivers. This past season, the Bobcats hauled in 278 passes for 2,893 yards and 17 scores.

Antoine originally joined Texas State in 2016 as running backs coach, after spending the previous four years on the West Coast at Fresno State. During his four years with the Bulldogs, Antoine coached running backs and outside receivers (for the final three seasons) and took on the role of recruiting coordinator during his final two years. While at Fresno, Antoine produced some of the more decorated wideouts in program history including Green Bay Packers standout Davante Adams. During his career Adams was named to eight All-America squads after leading the nation with 24 touchdown receptions in 2013. He became a second round selection of the Packers in the 2014 NFL Draft.

“When you look at Ron’s background and the program’s and people, he has worked with that combination is an absolute home run for us,” said Morgan. “He wants to come back home and be a part of the university that is familiar with. We’re very lucky to have him on staff.”

Covington comes to Beaumont after a highly distinguished career working with offensive linemen at Coastal Carolina. A one-time FCS powerhouse, Covington helped oversee the program’s transition to the NCAA FBS level, all while watching his offensive line continue to dominate. As a Chanticleer, Covington produced lines that led the Sun Belt in fewest sacks allowed, set national marks for fewest tackles for losses against, produced 18 all-conference selections and protected for numerous Walter Payton Award finalist.

In addition to his time in Conway, S.C., Covington also served on a staff at Air Force that helped guide the Falcons to a Bell Helicopter Armed Forces Bowl victory. During his time with the Academy, the Falcons led the nation in rushing which was the 26th time in program history that the USAFA recorded a rushing national title.

Gipson joins the LU staff after a successful run at East Texas Baptist University where he served as defensive line coach. He comes to the Golden Triangle after helping the Tigers record their fifth-straight winning season. During the 2019 campaign, Gipson defensive front set the tone for a unit that recorded 82 tackles behind the line of scrimmage and recorded two sacks.

Gipson produced two of the league’s more dominant players in 2019, a list that includes a first-team all-conference selection and a true freshman. Anton Clark led ETBU in tackles (71), tackles for losses (13.0) and sacks (6.5) from his defensive lineman position on his way to be honored as one of the top linemen in the American Southwest Conference. As a true freshman, James Wright IV had an immediate impact with the Tigers recording 50 tackles, including 12 for losses, and tying for team-high honors with 6.5 tackles for losses. Gipson’s joined the ETBU staff from Howard Payne where he spent two seasons as the assistant head coach and offensive coordinator.

Both Jacobs and Eskierka arrive at LU from San Diego State where they have combined for nearly 10 years under the direction of head coach Rocky Long. During that time, they were key in helping coach the Aztecs to seven straight- bowl appearances. Eskierka joined the SDSU staff immediately after his graduation, while Jacobs made stops at Northwestern State and Humboldt State before joining the SDSU staff.

Van Wade/Orange Leader The turf is being placed and plenty of renovations are being made at West Orange-Stark High School... read more