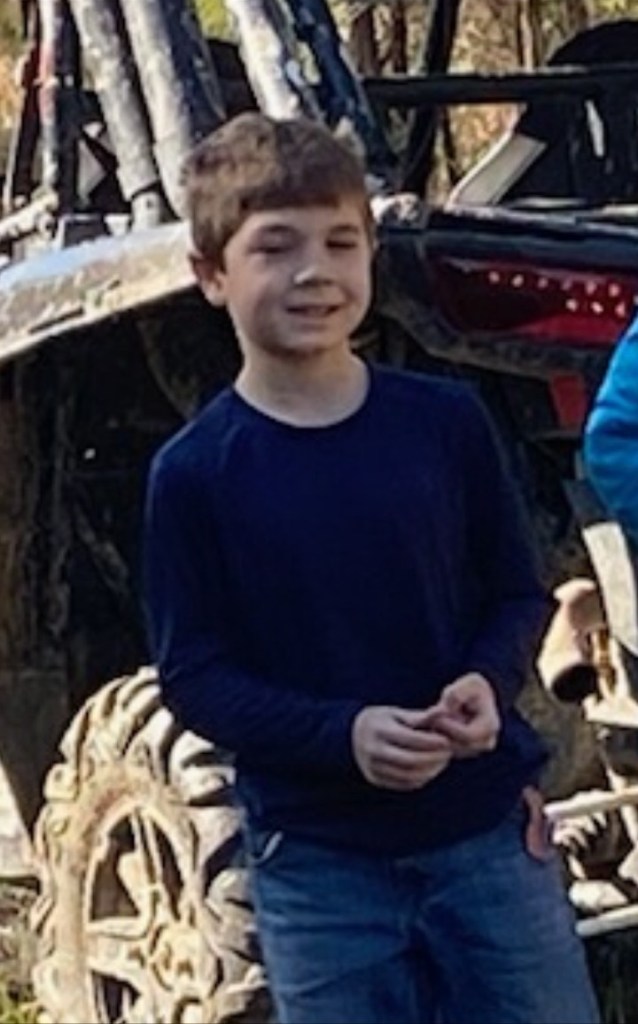 Child has been reported as found at approximately 8:20 a.m. Saturday morning. Ambulance is in the way to check on  his welfare after a night in the elements..

Orange County Sheriff’s Office is currently searching for a missing 10 year old in the area of Charlotte Road Orange, Texas.

Ten year old Landon Smith has been missing since 8 p.m. Friday night. Family stated Landon has walked away from the home on other occasions but has always returned home a short time later.

Deputies have searched the neighborhood and spoke with other relatives and were not able to locate Landon.

The family’s dog, a Belgium malinois (looks similar to a German shepherd) named Max should be with Landon also.

The Sheriff’s Office is asking that neighbors in the Forest Heights and surrounding areas to check in their yards and any buildings in case Landon may have gotten lost and sought shelter from the cold.
Contact the Orange County Sheriff’s office at 409-883-2612 if you have any information about Landon Smith.

Texas is one of the most dangerous states for…