Texas is one of the most dangerous states for drunk driving 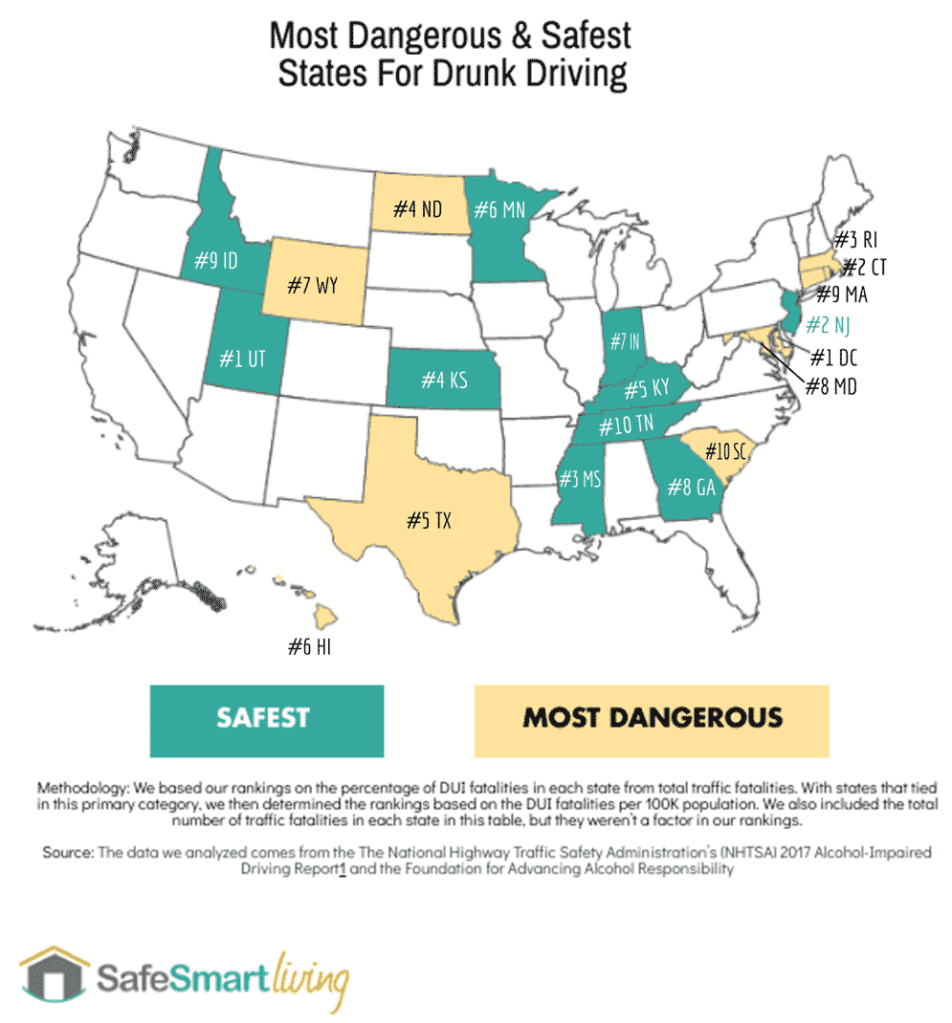 A woman is facing public intoxication charges after failing to maintain a single lane, leaving the roadway, crossing a ditch and striking a wooden privacy fence at approximately 1:20 a.m. Wednesday, January 1.

According to the police calls on that date, the report is listed as public intoxication.

Texas is one of the most dangerous states for drunk driving with a high percentage of DUI fatalities to total traffic fatalities at 39%, according to www.safesmartliving.com

The 10 most dangerous states for drunk driving fatalities are:

The top state for DUI arrests is South Dakota.

When Rebecca Grimes sets the table during the holiday season, there’s always a missing piece. Nearly four decades ago in 1982, a drunk driver killed her brother, 18-year-old José “Hector” Martinez, in a head-on crash just before Thanksgiving. The holidays have never been the same since then.

“Even 30 years since Hector’s crash, we still feel that one empty chair at the table during the holidays,” Rebecca Grimes said. “Drunk drivers affect so many people beyond just those who are in the crash. They have a domino effect — crushing multiple families — and the impact lingers for years, decades beyond the crash.”

Grimes is sharing her story as part of TxDOT’s “Plan While You Can” campaign which urges drivers to make a plan for a sober ride this holiday season.

“Just don’t drink and drive, and don’t risk putting your family or someone else’s through heartache this holiday season,” Grimes said.

In 2018, there were 2,370 DUI-alcohol related crashes in Texas during the holiday season. Those crashes killed 75 people and seriously injured another 199.

“The bad decision to drink and drive can turn the joy and revelry of the season into tragedy, causing unimaginable heartache for years to come,” TxDOT Executive Director James Bass said. “There’s no excuse: plan ahead and be responsible.”

The “Plan While You Can” campaign will tour the state featuring the “Plan to Win” virtual reality game. The game poses questions related to drinking and driving demonstrating the consequences of getting behind the wheel through an immersive experience.

Driving under the influence of alcohol not only risks death or serious injuries, but it can also be costly. Drivers can face up to $17,000 in fines and fees, jail time and loss of their driver’s license. Instead of getting behind the wheel, here are some alternative options:

“Plan While You Can” is a key component of #EndTheStreakTX, a broader social media and word-of-mouth effort that encourages drivers to make safer choices while behind the wheel, like wearing a seat belt, driving the speed limit and never driving after drinking or doing drugs. Nov. 7, 2000 was the last deathless day on Texas roadways.

#EndTheStreakTX asks all Texans to commit to driving safely to help end the streak of daily deaths on Texas roadways.

Despite the increased use of ridesharing services like Uber and Lyft and marketing efforts by alcohol brands to ensure you have a designated driver, fatal car crashes caused by drunk driving still occur at high rates, according to www.safesmartliving.com.